It's been a while since I've updated this blog, so let me talk about what I've been up to in the past year. 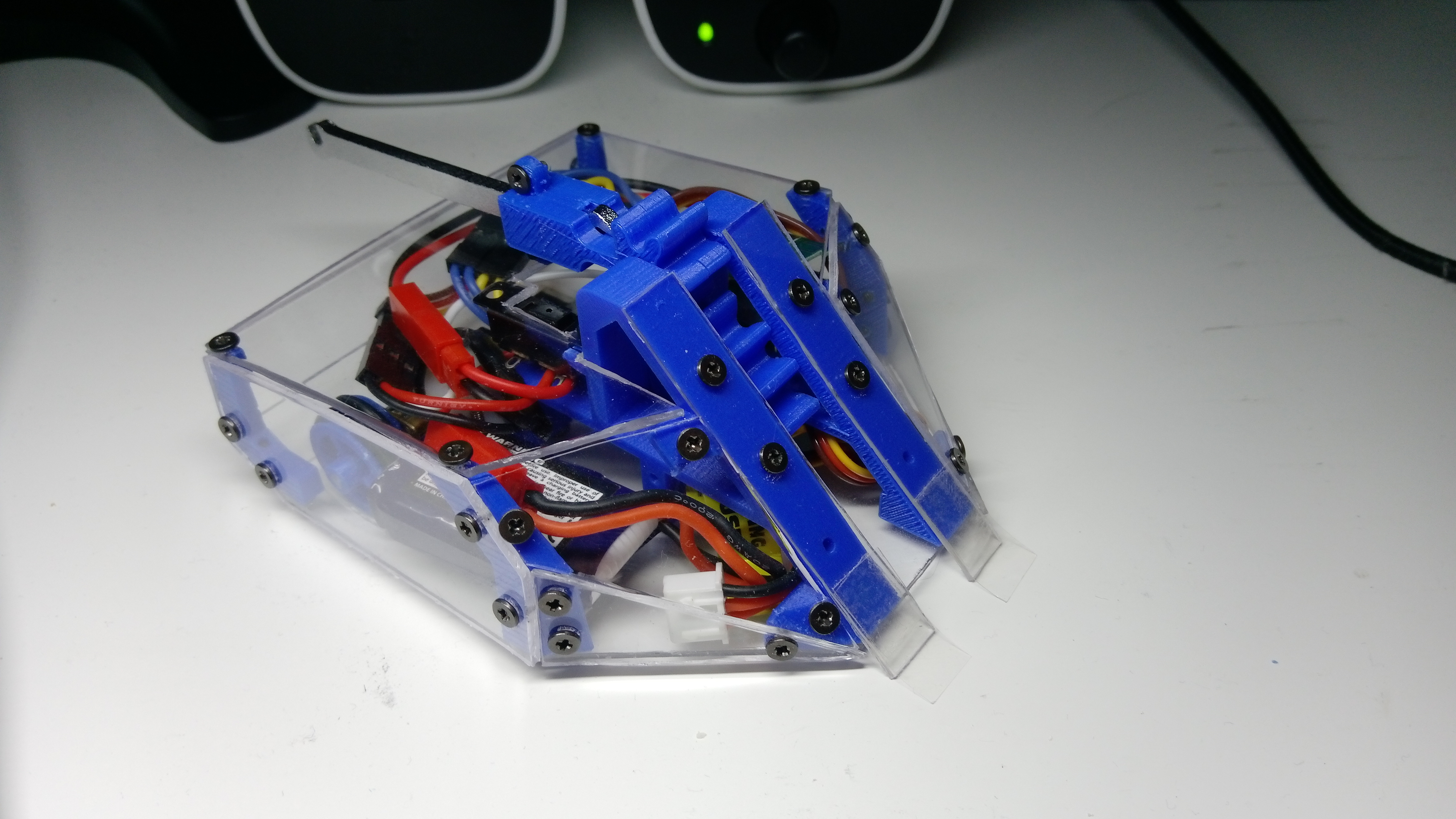 I've returned to the gear-driven roots of PM2. I moved away from tht design because of the gear slip issue, but I've made a number of changes to ensure it doesn't happen again. The first is that I've significantly increased the tooth size on the gears, the second is a redesign of the chassis 3D printed parts so that now I can print the upright supports for the axe mechanism flat on the print bed. This will eliminate an issue with PM2 where a significant impact on the axe could delaminate the upright support near the base. I've tried to make sure that the tolerances are as tight as possible to reduce any slack in the system. The total gear ratio is 4:1, coupled with the 0.06s KingMax servo, so while it still won't do any real damage, it has a bit of a kick to it now.

Another new thing I'm using in PM4 is the receiver/ESC. I'm using a Malenki Nano in this, and so far I'm very happy with how it performs in testing. For now I'm using a FlySky FS-i6 to control it, but I think I can buy a multi-protocol board for the Devo 7E that will let me use AFHDS 2A on it.

I've also been working on improving my mechanum wheel efforts. I tried updating Error 404 to improve its traction by using several coats of spray-on latex onto the rollers, but this didn't seem to make a huge difference. In an attempt to make mechanum wheels more viable, I decided to make a new bot with an active weapon. 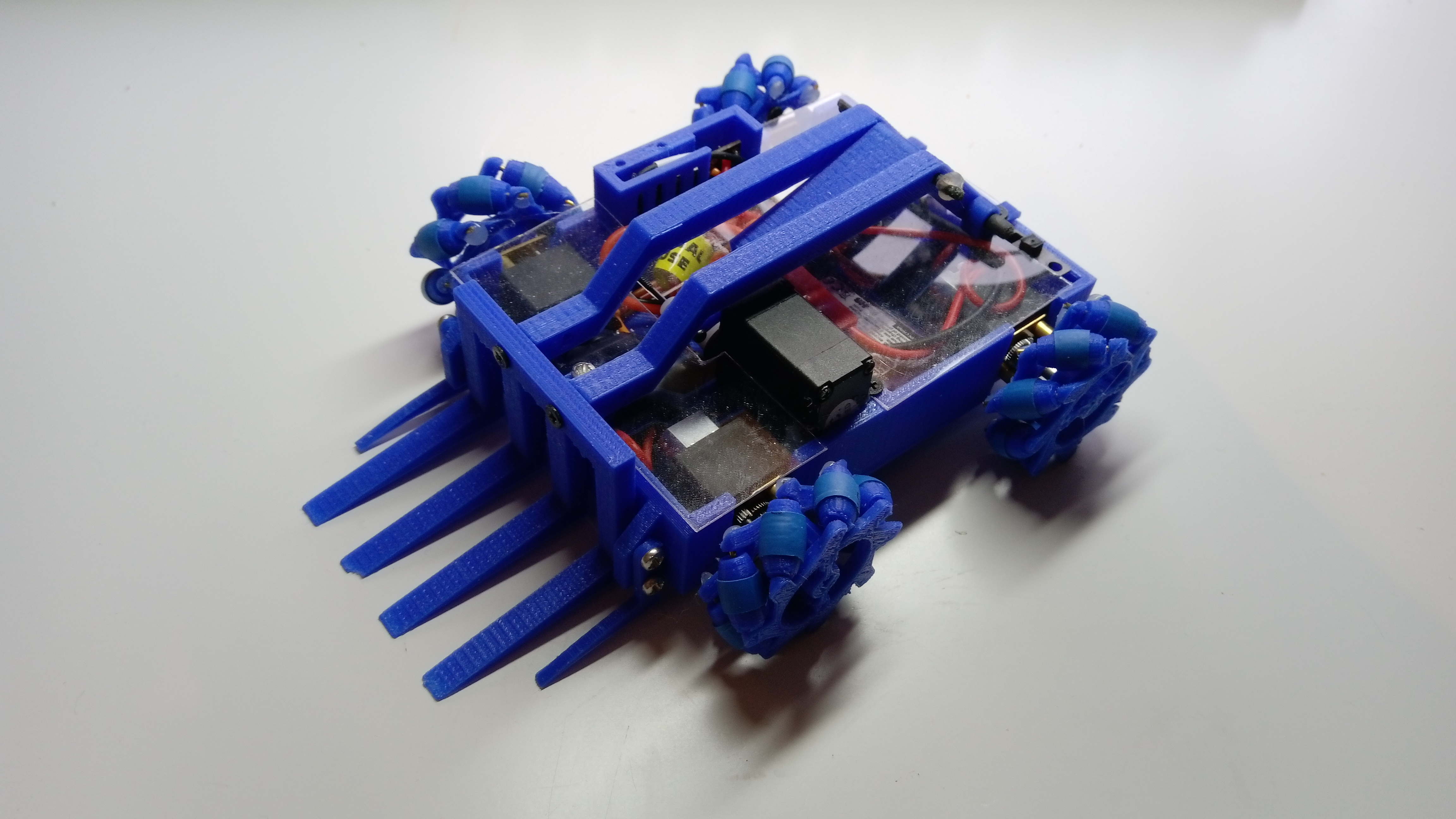 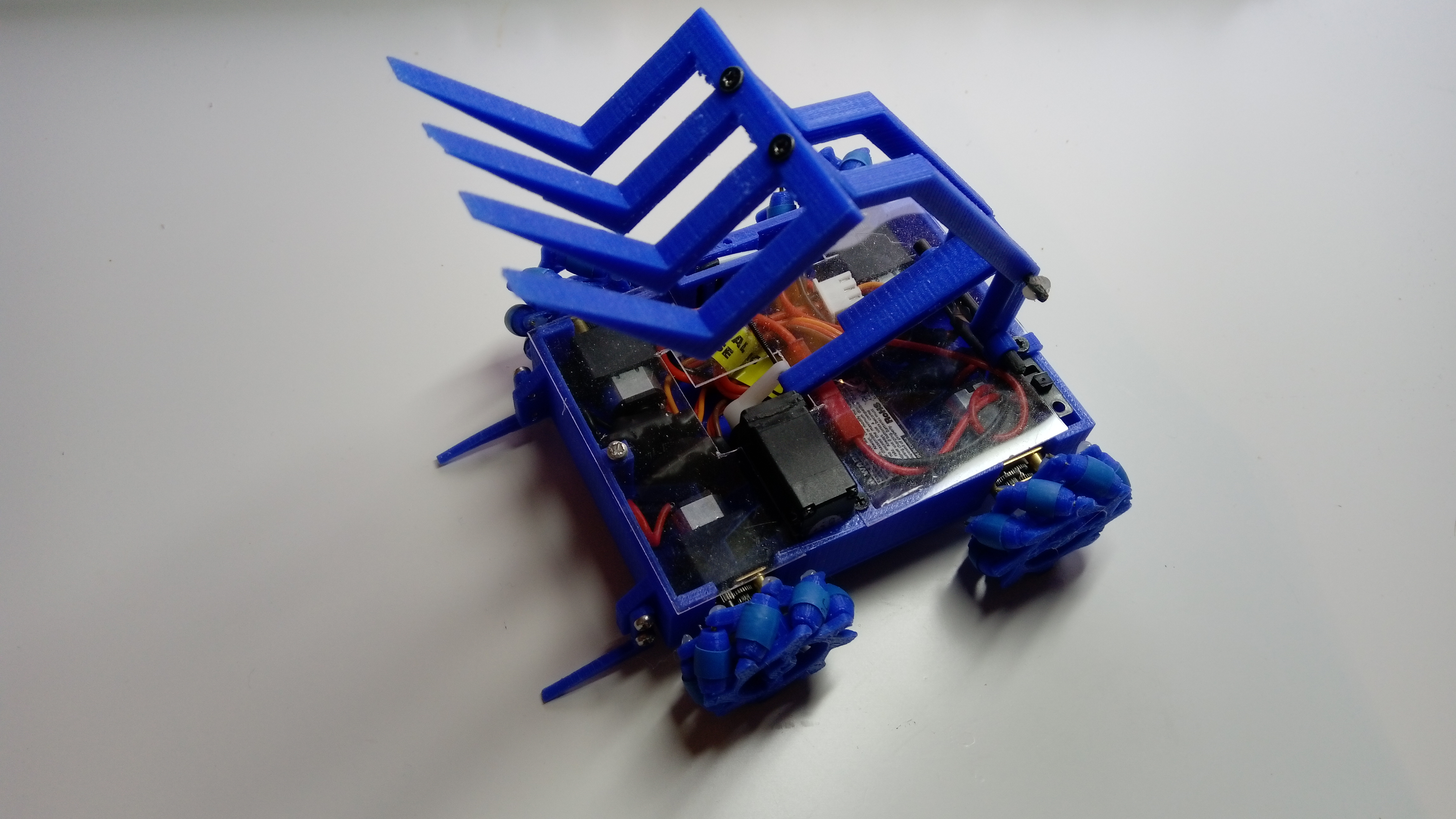 Introducing PLA+ is a Perfectly Legitimate Choice of Material! I managed to add a lifter to the mechanum wheel setup by pulling ESCs out of cheap high voltage servos and adding resistors in place of the potentiometers (thanks for the help Peter!). 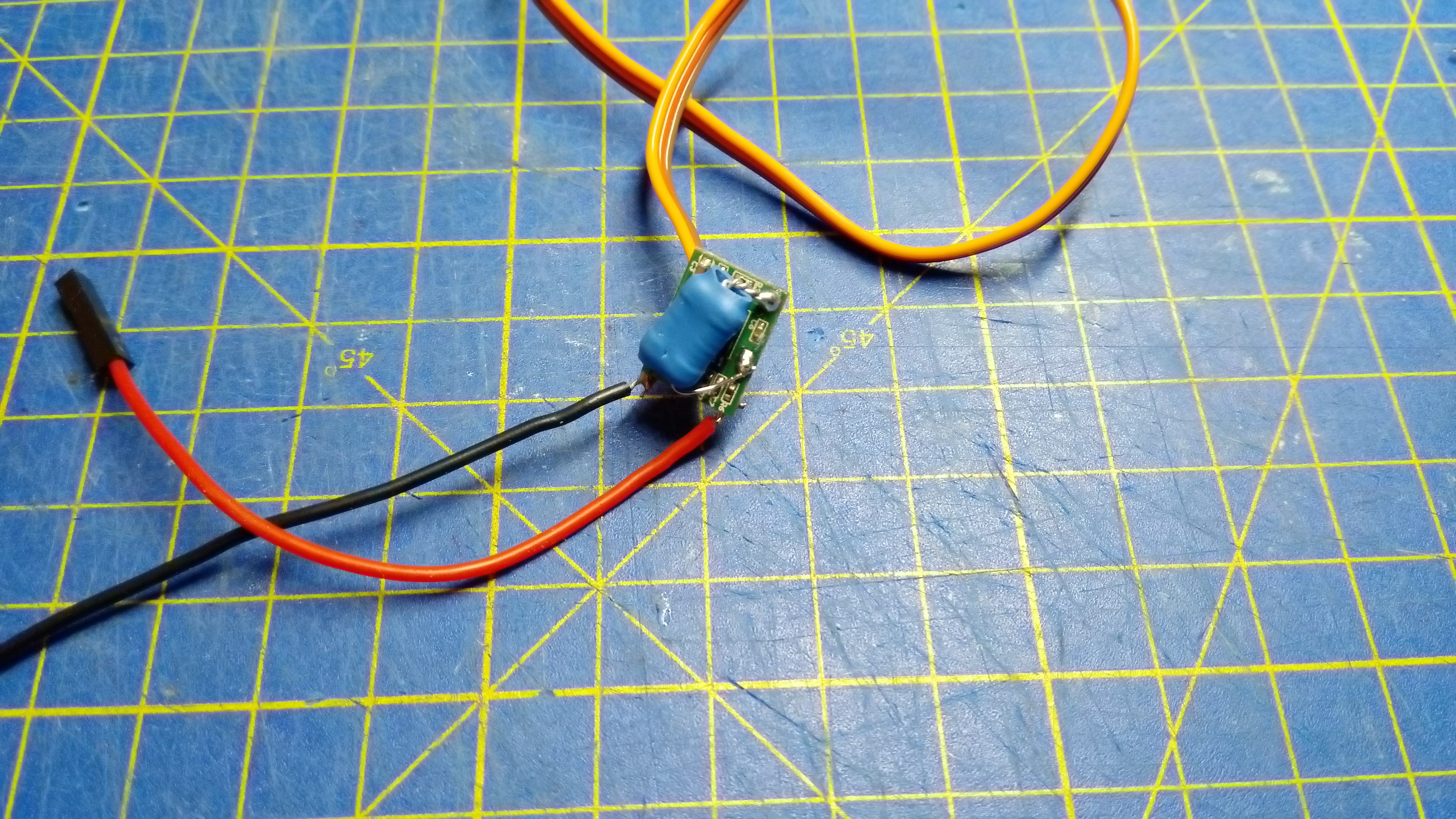 Another change is I've made the wheels smaller - this does make them more fiddly to put together! Another change is that I've used heat shrink on the rollers to give them a tire (I can't claim credit for that idea - that goes to Adam Wrigley). It turns out this is actually a great solution to the traction issue - now, it has plenty of pushing power!

With the hope of events in the near future, my next task is to prep my bots - Make sure they're all still working, buy and print spare parts.
Thomas

The mecanum wheel robot is amazing.

Getting a 4wd + mecanum + active weapon in 150g is a good effort. I hope it does well.
Robots: Betsie - RaspberryPi controlled flipper bot with gyro stablisation - too clever for her own good?
Stacie - tidy flipper; 4wd driven by hair bands
Top

That is one nice robot can't wait to see it in combat.
Top

Thanks all! Hopefully I'll be able to meet you guys at events soon!

Progress is going on the manufacture of spare parts. I have a full set of spares for the three I intend to bring to the next event (PLAPIALPCOM, PM4, RE). I probably want extra sets of wheels for PLAPIAPLCOM because they're exposed.

BBB recently released their red escs, which look perfect for use in PLAPIAPLCOM. I'm going to see if I can redesign it using those (though probably not for Robodojo next month), alongside N10s from Nuts and Bots to make the robot smaller, which will reduce the weight slightly and hopefully let me add side panels.

I also upgraded my Maker Select Plus to have an all-metal hot end, so once I get an enclosure sorted out, I can think about using other materials.
Thomas

Ants:
Percussive Maintenance 4: A New Spanner
Have You Tried Turning It Off and On Again?
Error 404 - Robot Name Not Found
Runtime Exception
PLA+ Is a Perfectly Legitimate Choice of Material
Top
Post Reply
195 posts