Bought a broken lathe for cheap. Sherline 4000, which is nice for small work. 1987 edition though and getting rusty, motor and electronics are shot. Here after some cleanup Speed control board is dead. No blown capacitors or anything visibly wrong. Took ages to find a supplier of a new one.
Old board 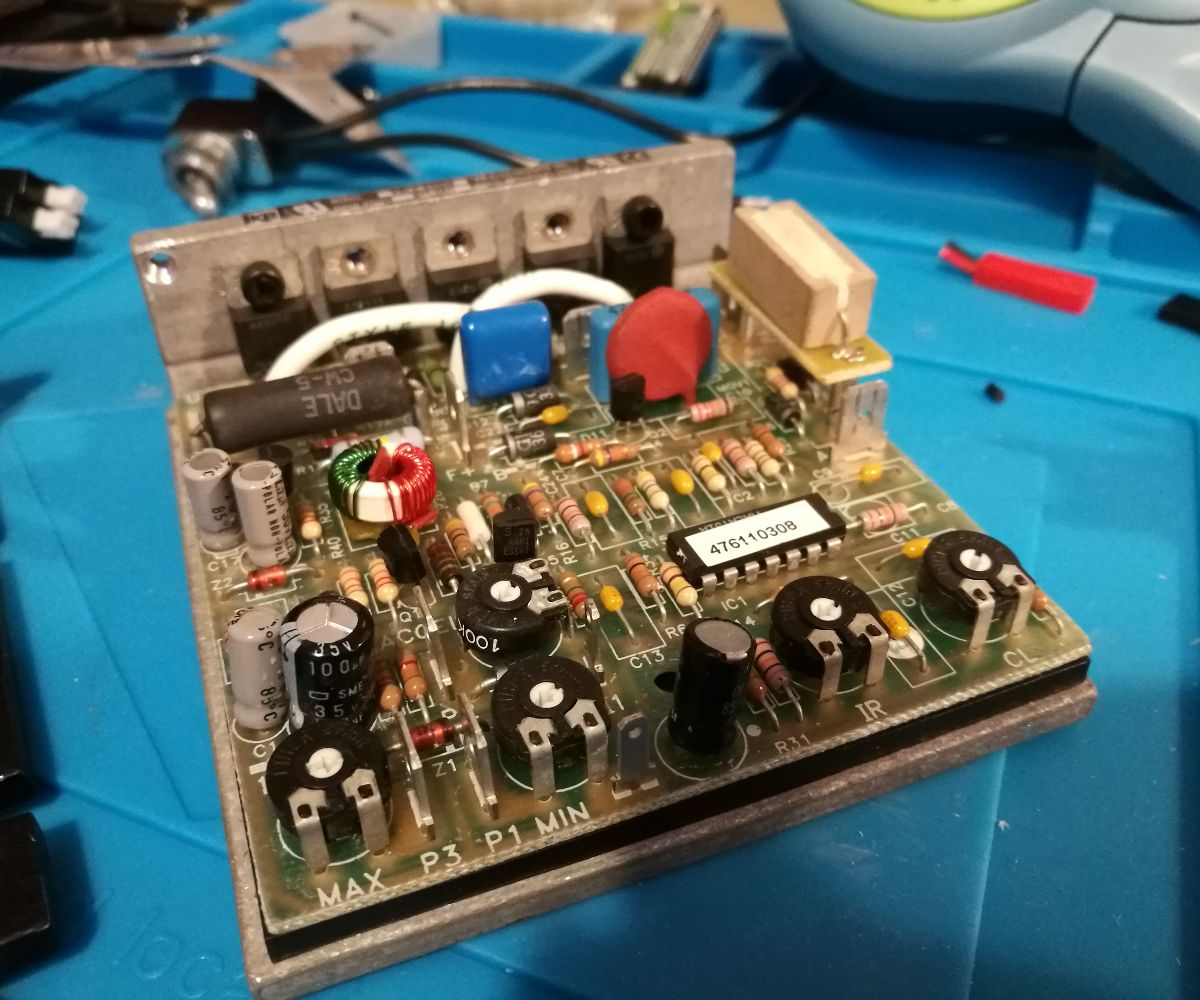 New one even has LEDs, welcome to 2019 sherline. 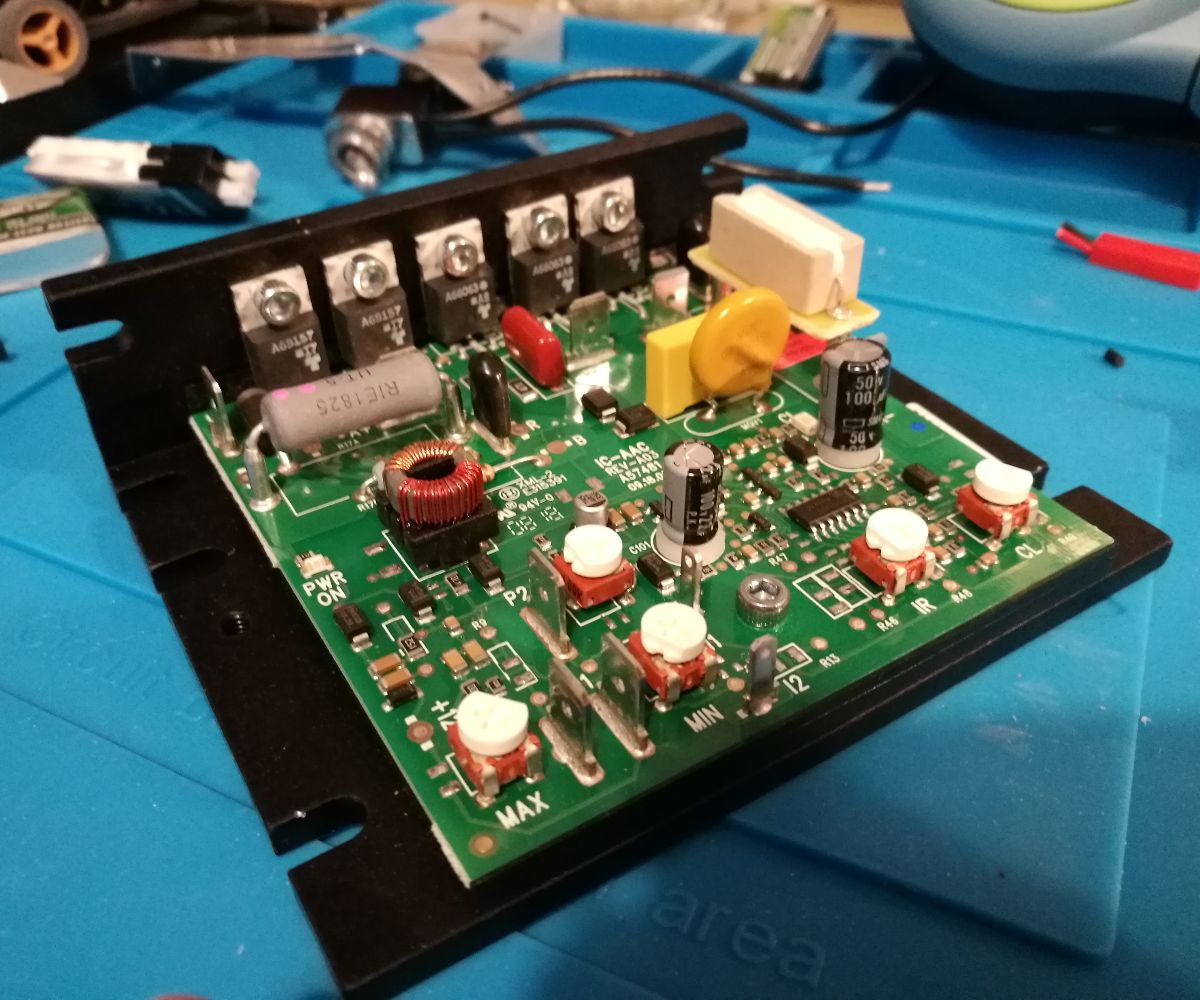 In the old mountings, it fits. 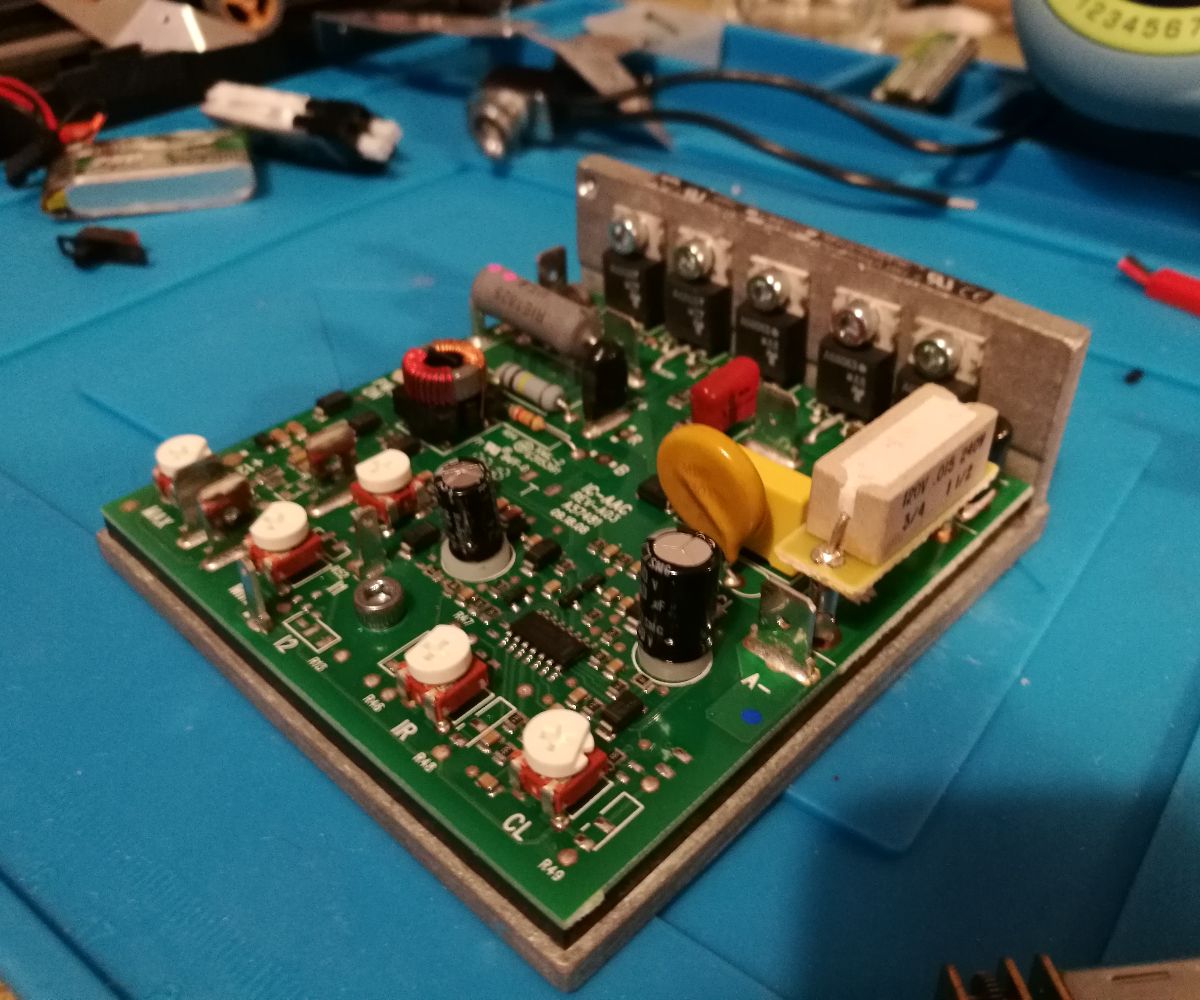 New rocker switch needed too. Took the old one apart and it had worn out the brass internals. Crazy how many times it must have been used 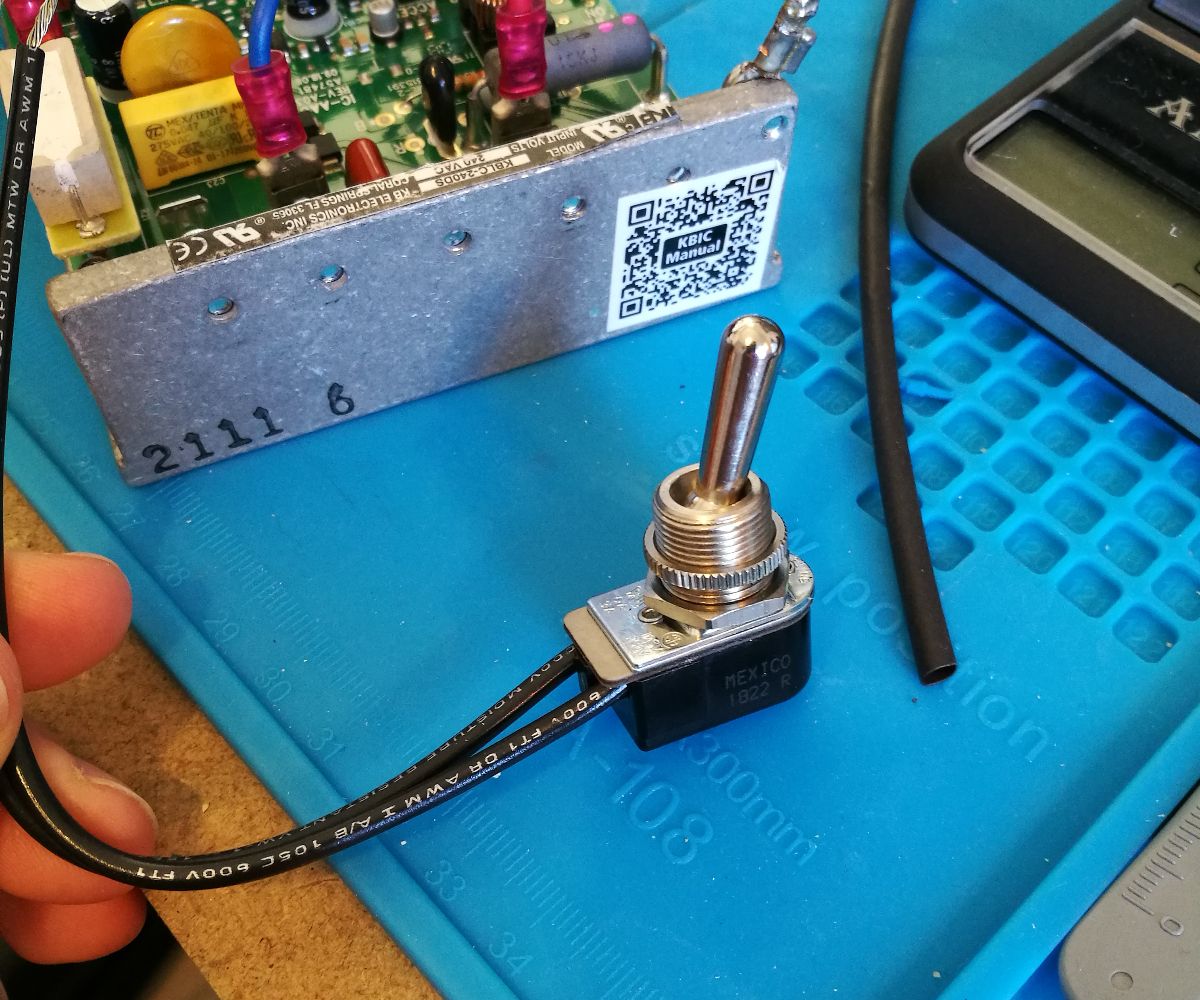 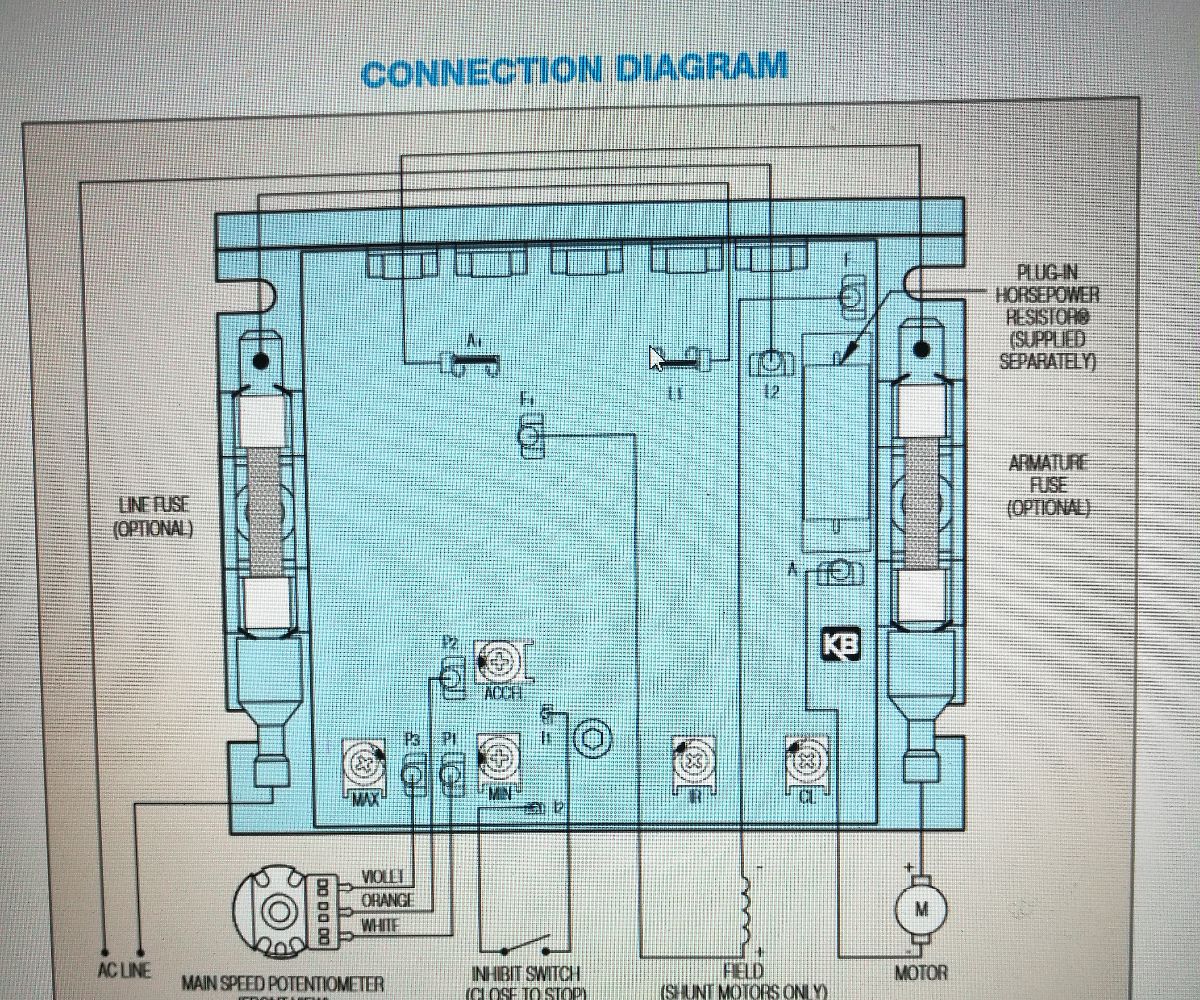 And it works, after a bit of alignment to make it suitable for fine work like this. 2mm diam pins for the legs out of alu 6061. Would upload a video lathing if there was an easy way to do so... 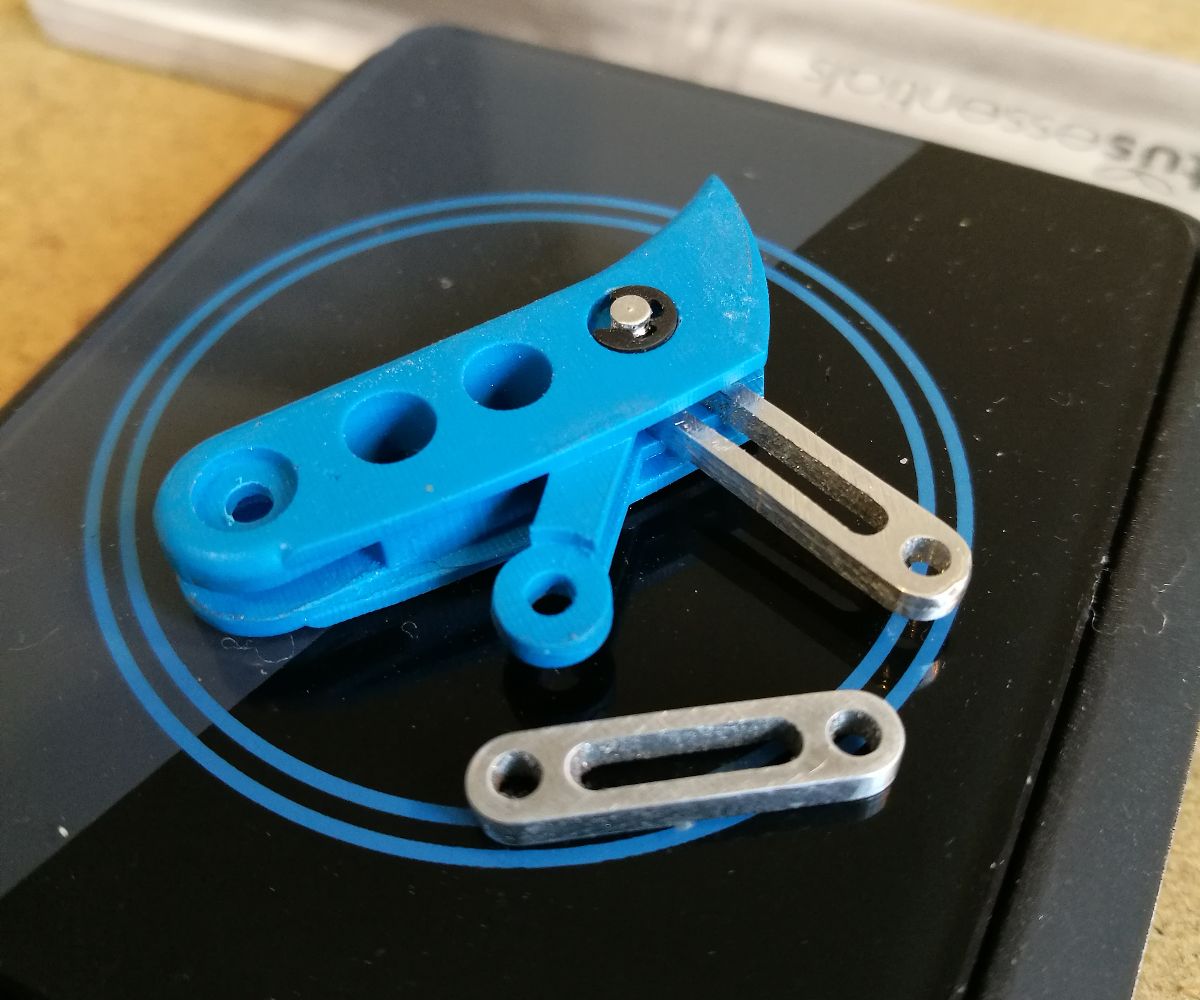 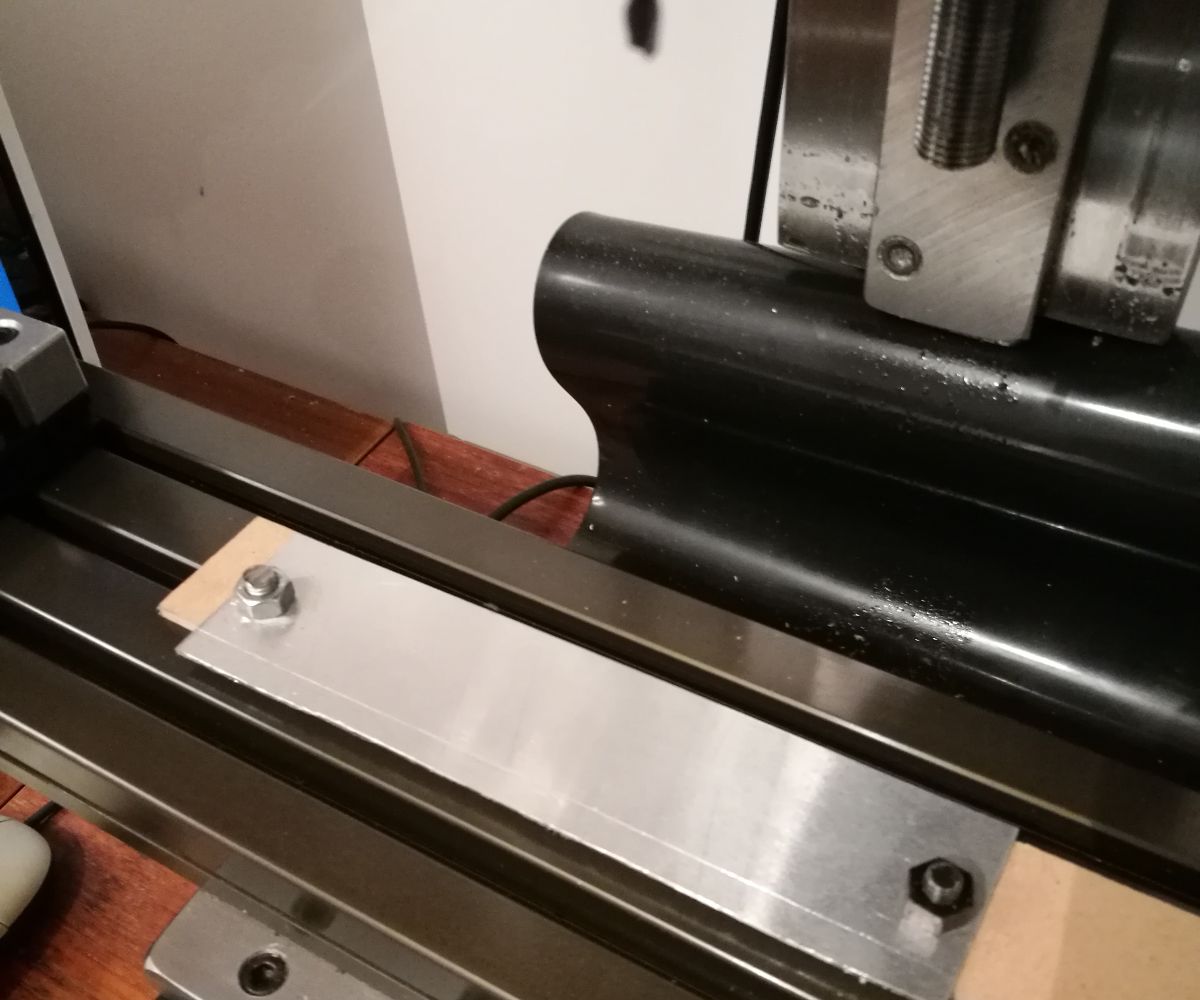 Made some spares since i need spare leg modules since... they wont survive any hits. 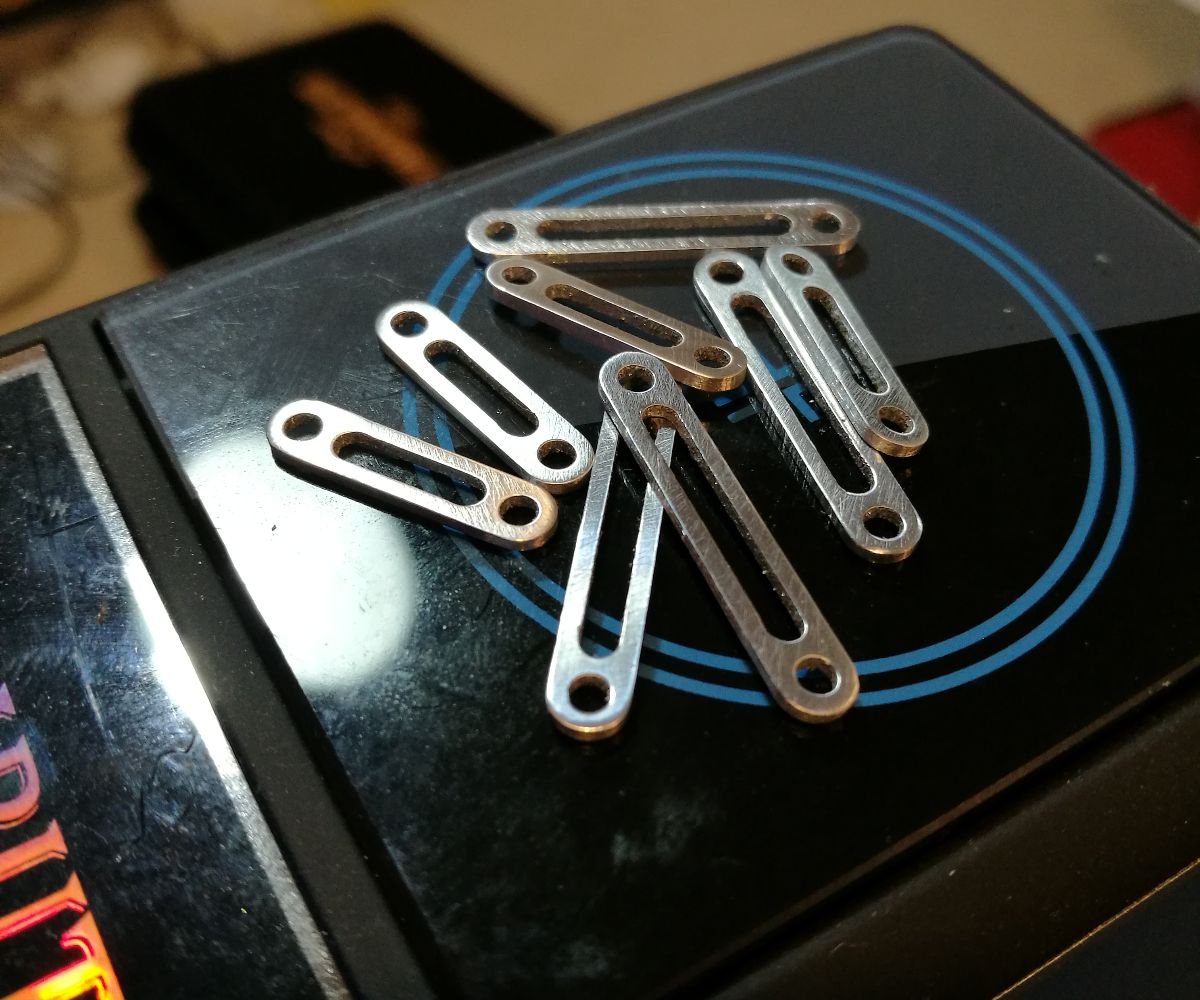 So a lot of the bot will be polycarbonate. The flex and toughness is a good pair with the rigidity of the aluminium. So i started on the frame elements. Turns out breathing the dust is bad... learnt to use a dust mask now...
1st Attempt with polycarb, cuts ok. Needed some hand finishing 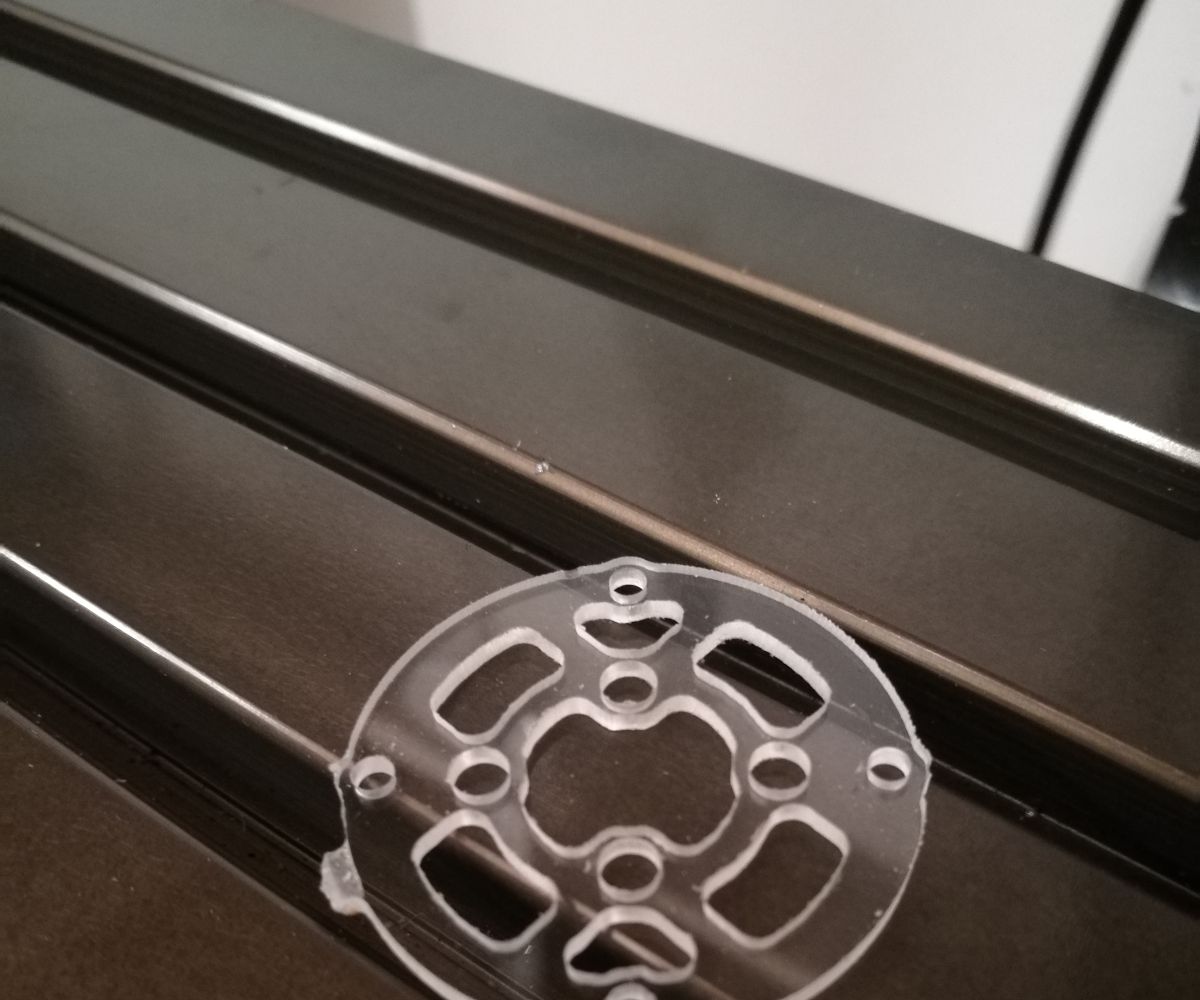 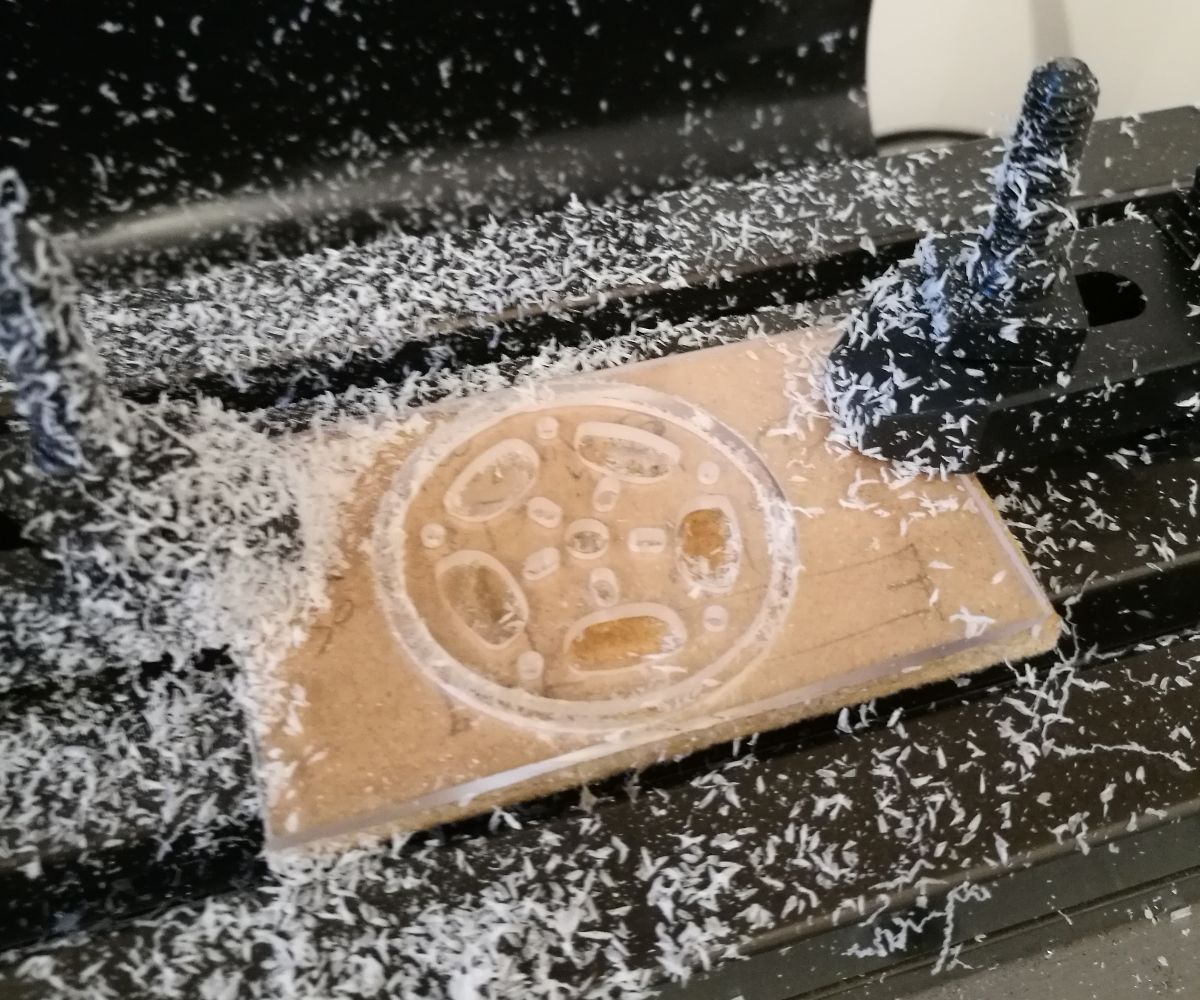 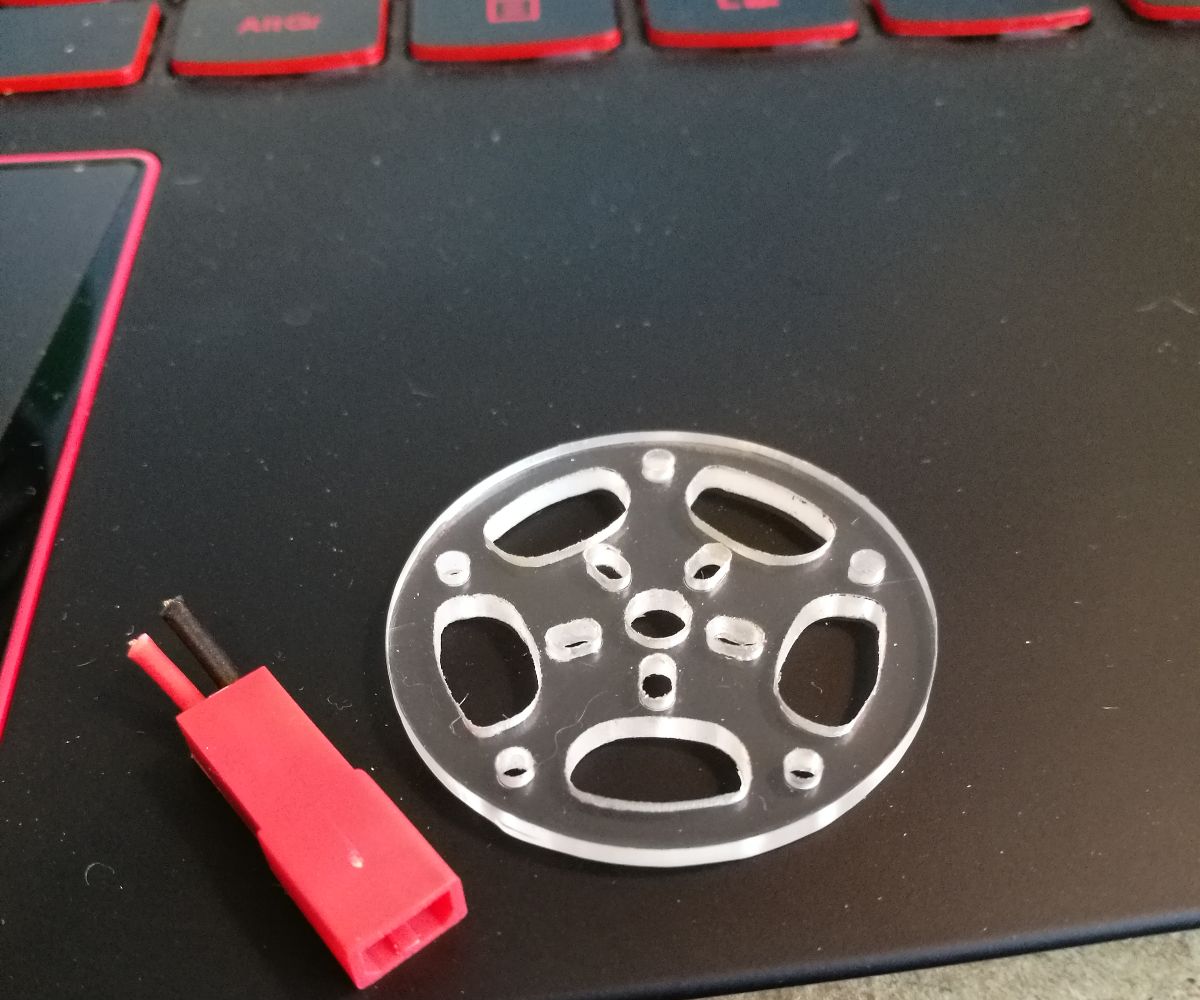 So the main frame is 3mm polycarb. With supports it should be pretty rigid. 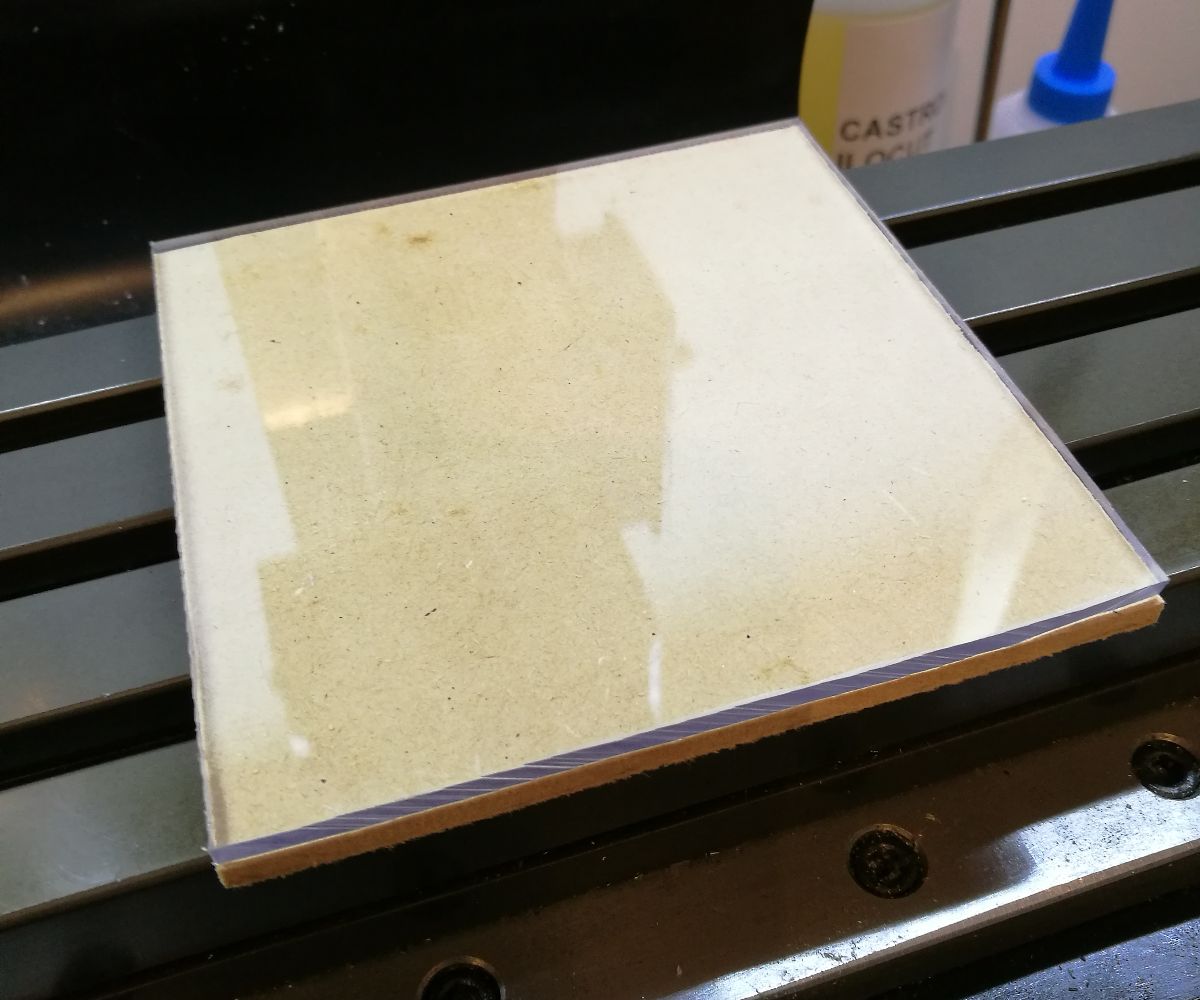 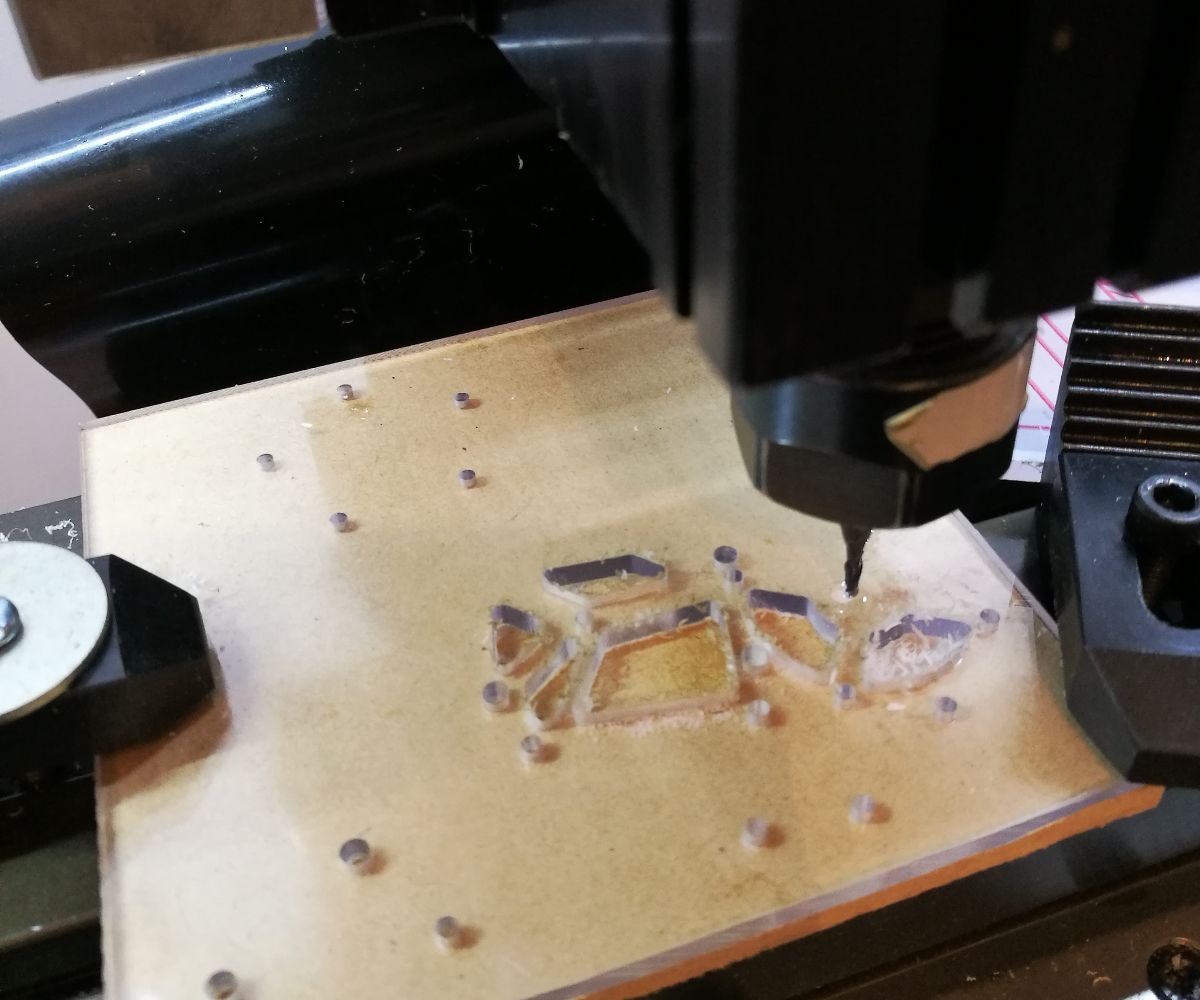 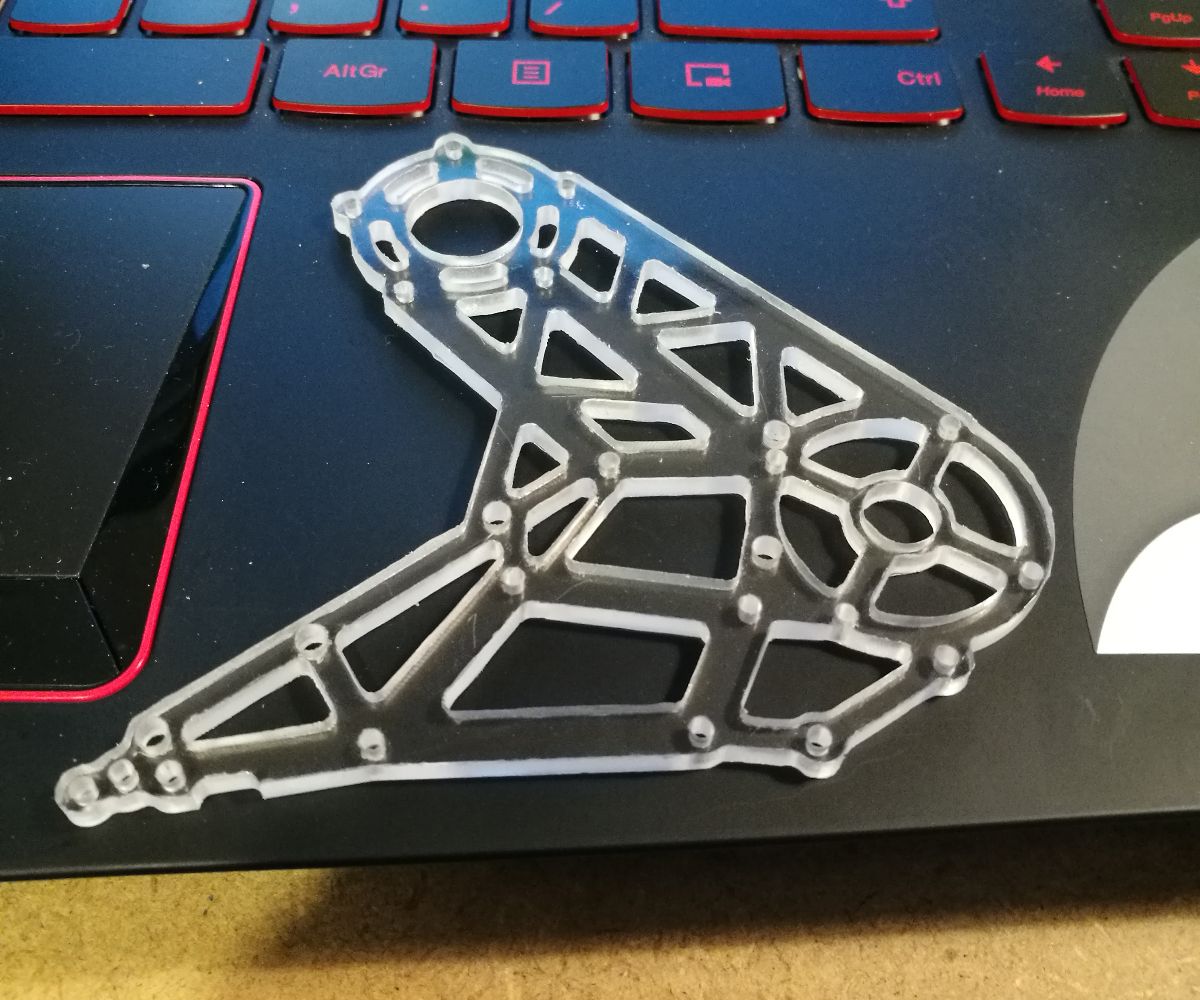 And the other side. Lengthy milling these.. id rather these parts didnt break.. Next lathed up some standoffs for the frame from alu 7075. My late grandad worked building early war planes, I have been clearing his garage and inherited some nice alumimium stock. I think he would have been pleased his aircraft grade metal stash is going to some good use Ahh 0.5mm tolerance between moving parts is satisfying when it works in the real world as well as CAD 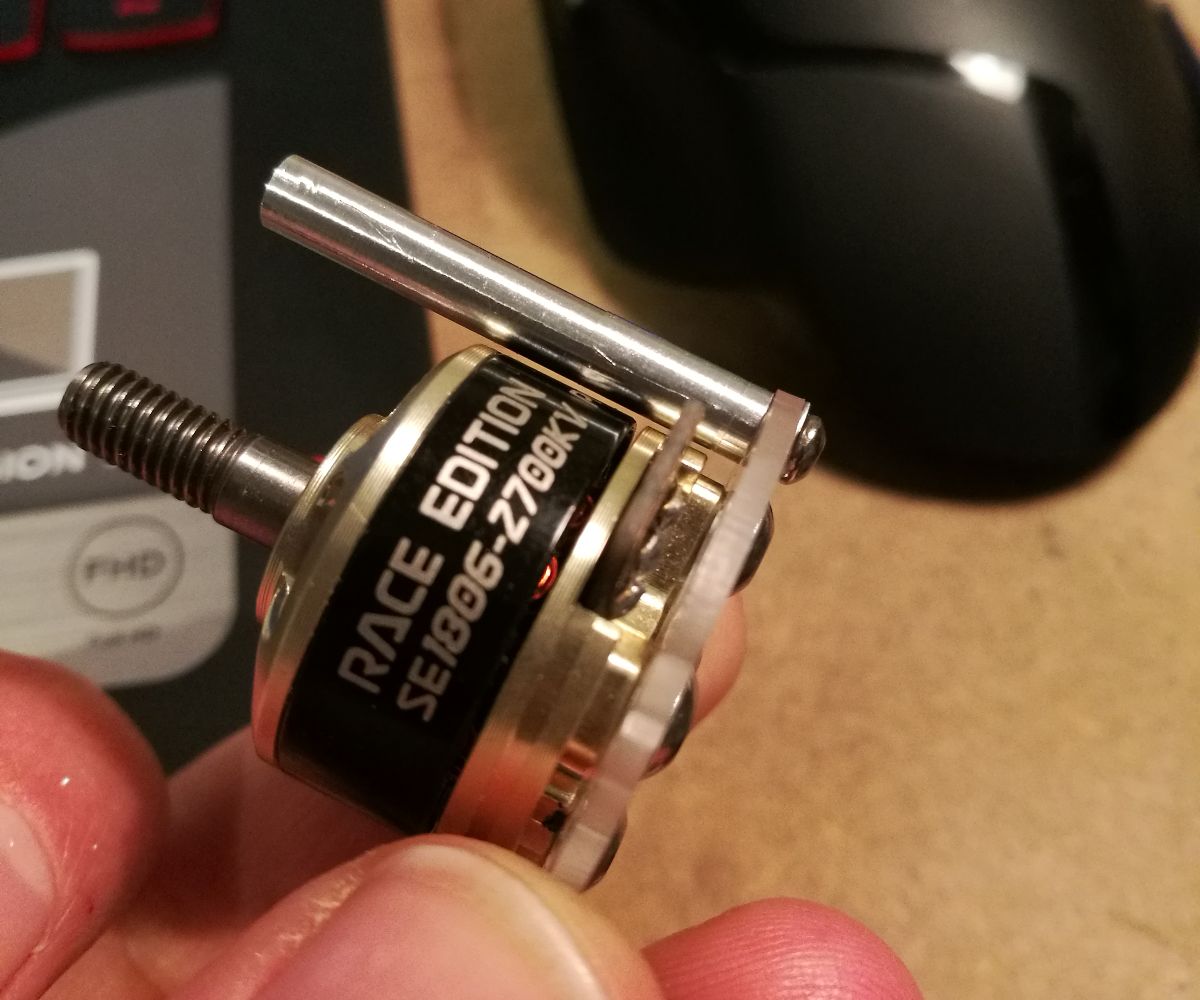 Time to make the weapon bar end tooth. Will need a few of these, as spinner to spinner impacts will chip away at it.
Lengthy ... 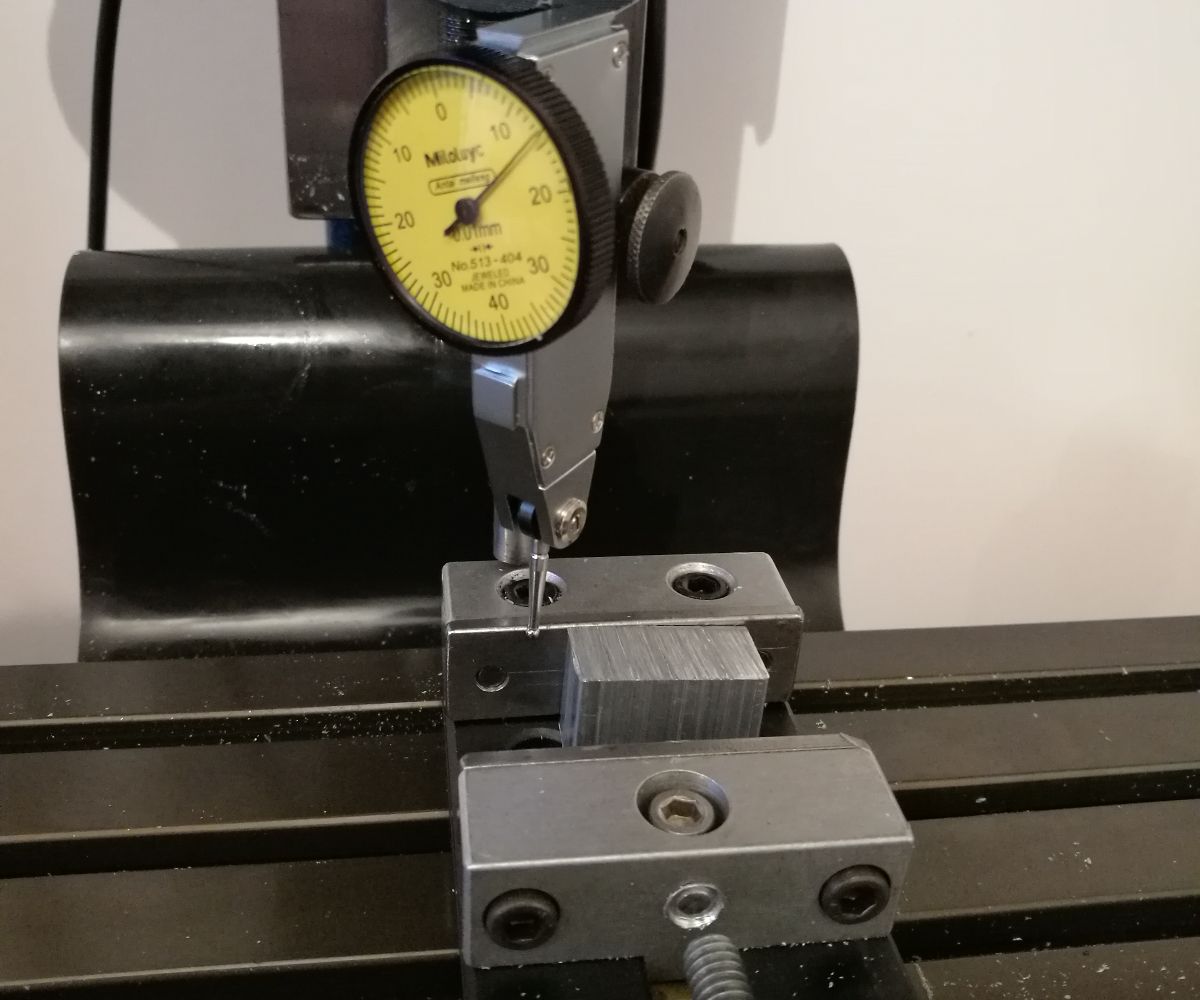 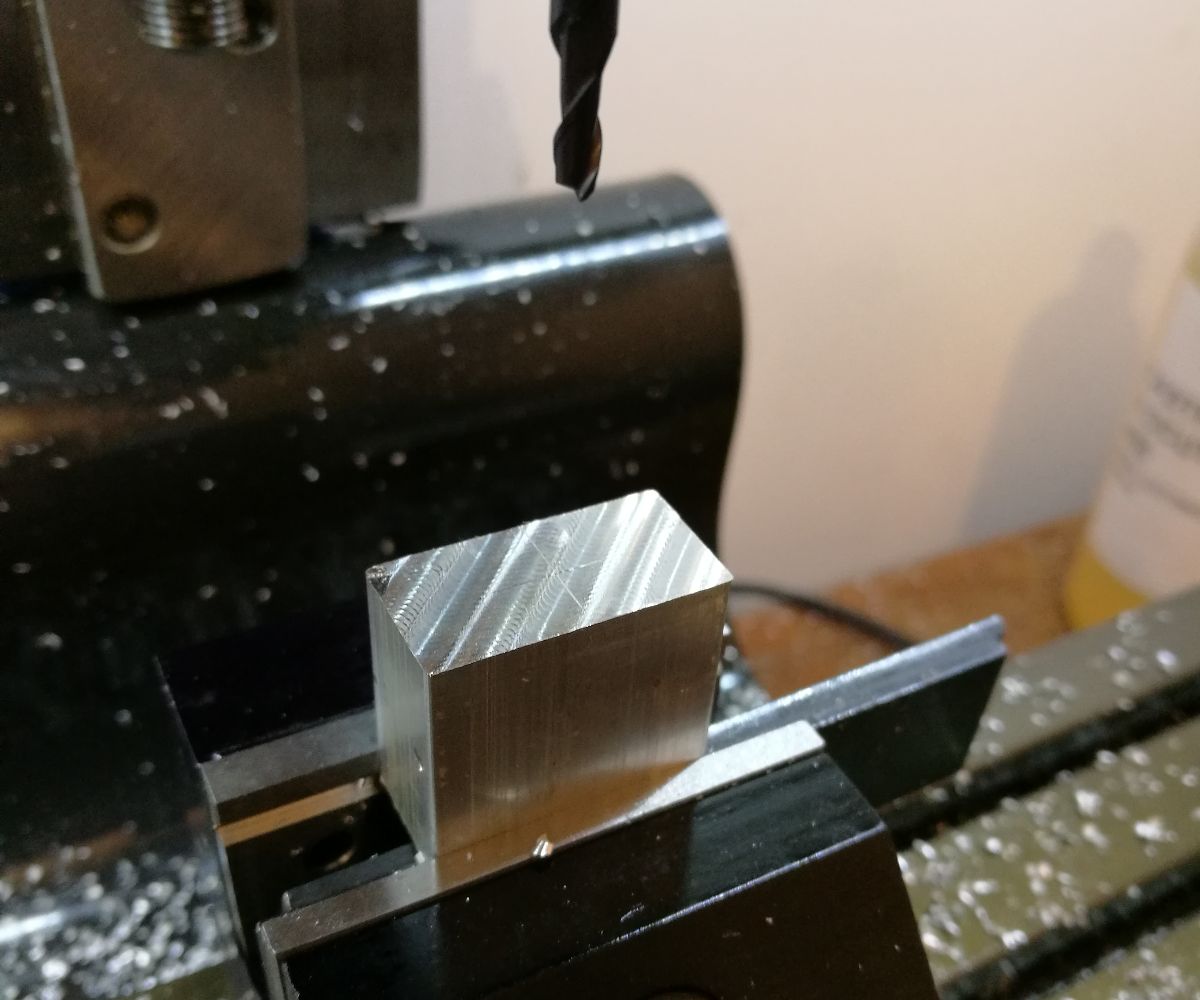 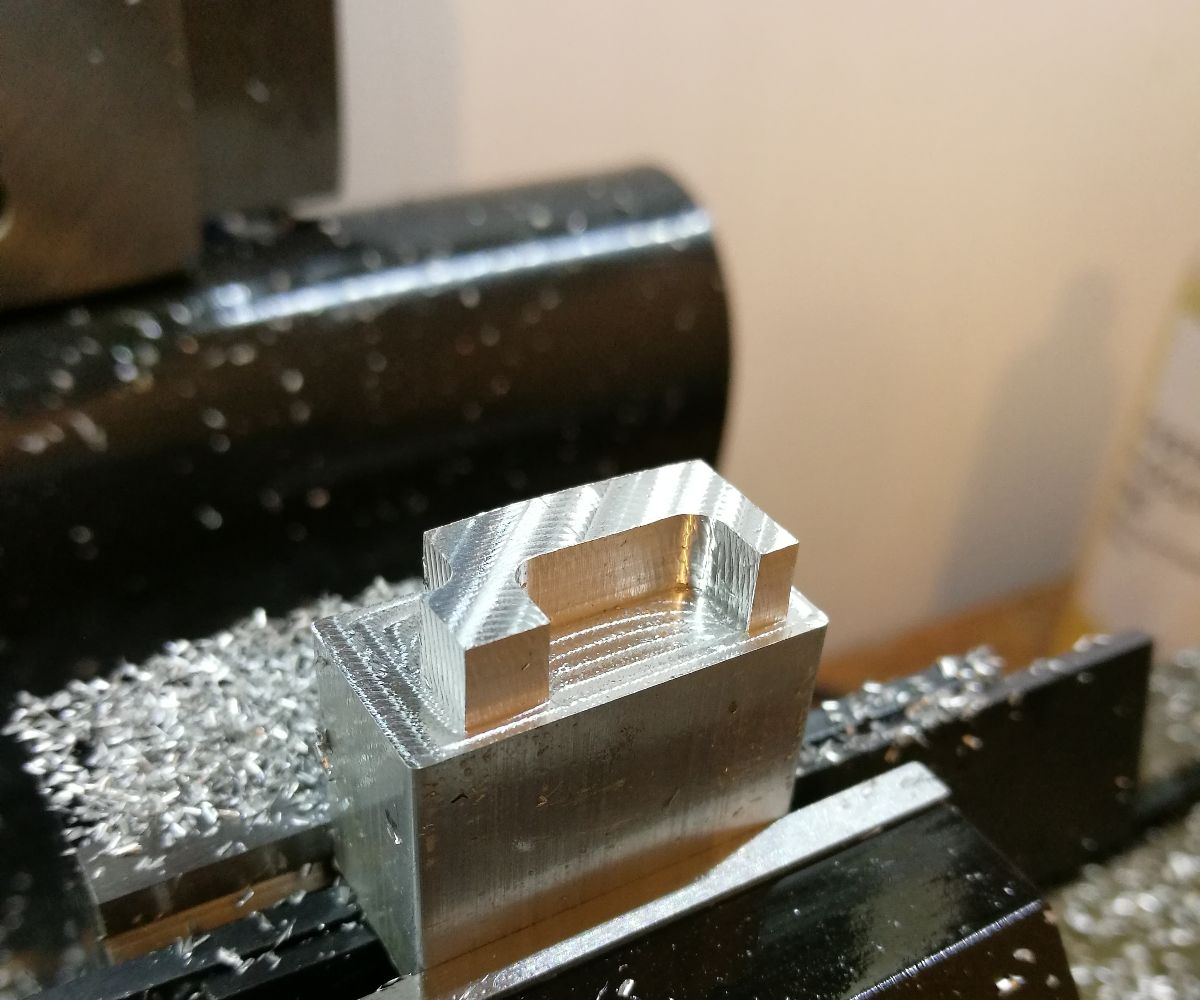 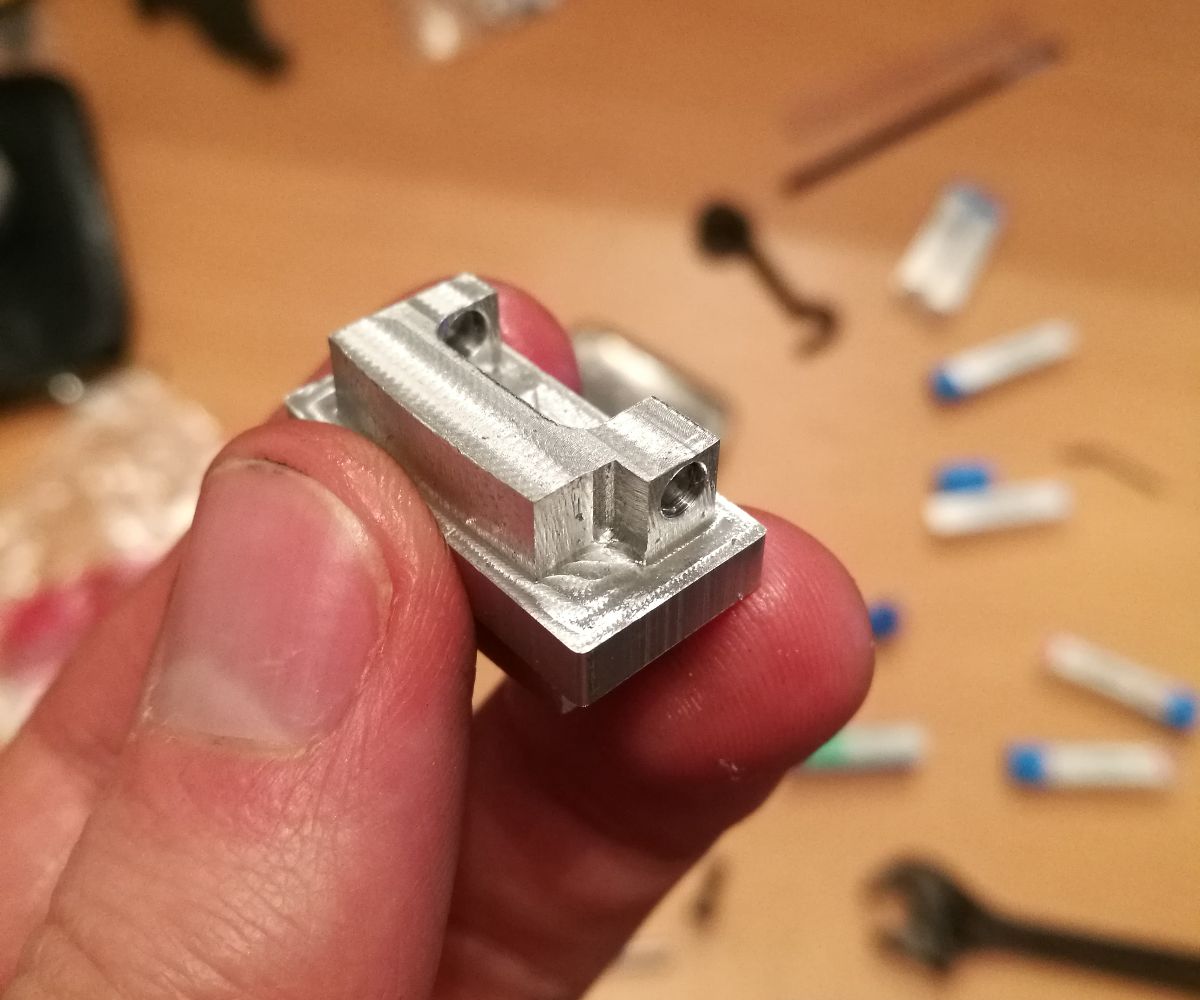 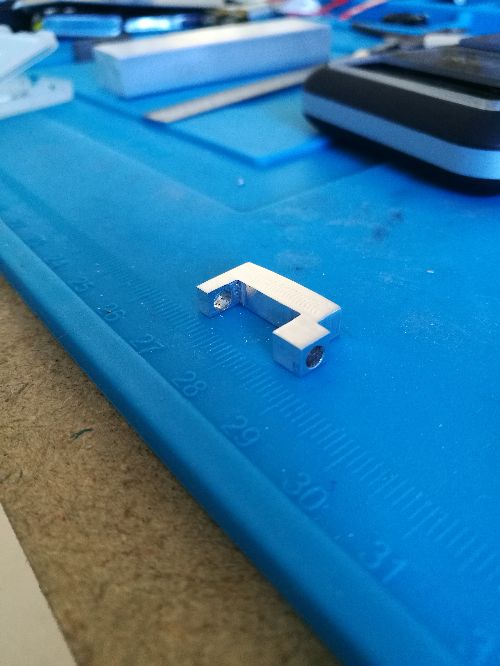 Now just a load more aluminium parts to make and we will plod along with the second half of this bot! More coming next month when i have made more progress on the parts
Bots:
DisinfectANT (Antweight), Cilit BANG (WIP Antweight), Kinetic Disassembly (WIP Antweight)
Top

that looks epic... i envy your tool collection...

so far it looks like its going to be a thing of beauty... i dont know if i had built that, that I would be able to watch it get broken in combat.

Yep! I will cry like a sleep deprived baby if it gets blown into pieces

Haha nah, seriously - it wont put me off fighting with it. The main aim to disintigrate other bots

so i have to accept with good sportsmanship, if/when it happens to me

Titanium teeth, angled to get maximum surface impact on a bot going up the wedge. Held in place with wishful thinking and 2x M3 screws. 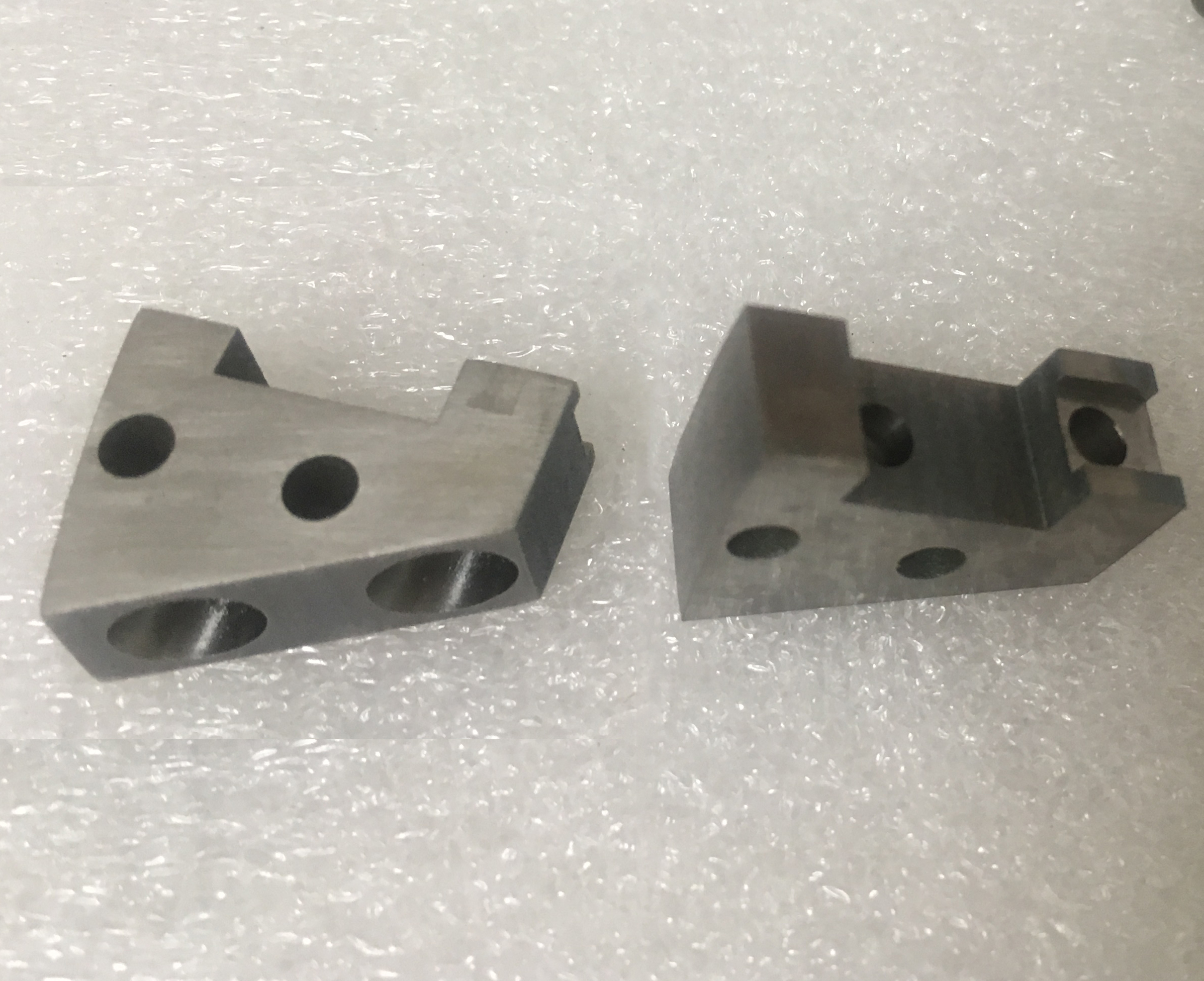 I'd imagine decent m3 bolts would be capable, so is the wishful thinking overkill?
And WOW am I looking forwards to testing my build quality against that bar!

Oh, and I usually just stick any videos unlisted on YouTube, then drop a link here. Otherwise... Google drive?
Jiggy Sawdust
Jammin' Good with Weird and Flippy
The Pushbot from Mars
Top

Wow indeed. All the orthodontists in Hollywood couldn't conjure up teeth as perfect as those. And in titanium?!? All my recent attempts to work that stuff have resulted in burnt, scarred fingers, blunted saw-blades, worn out cutting disks, a workshop that stinks of burning metal - and some odd misshapen shards of titanium that look almost nothing like what I was intending to make. Was that all done using the Sherline?

Can't wait to see the beast in action, even if one of my robots is on the receiving end...
Stuart (Anthony's dad)
Top

@Lima I hope so! My first bot i put in M1 screws to hold the teeth... so learnt from that mistake at least

Really needing all parts to be accurate to CAD or it's going to vibrate away, thankfully 0.1g margin of error at the moment. So looking good so far
Thanks for the tip! Will have a go with google drive

@OldSolder: Lol thanks xD Although I cant claim credit for the Titanium - I still havn't got my mill coolant system rigged up, so no machining Ti for now

Since no coolant, I had to get help with the teeth, and two other parts of the bot (floor teeth and bar counterweight) From what i saw, you will want to bathe the part in coolant as you cut basically!
All the other parts were done on Taig mill or Sherline lathe so far

Thanks George! I'd bet on your bot in that fight i think xD

Little more progress, im wanting to get the weapon assembly done this month to test the spin up and balance before i go any further.

3D printed some parts which just would have taken me half a year on the CNC. 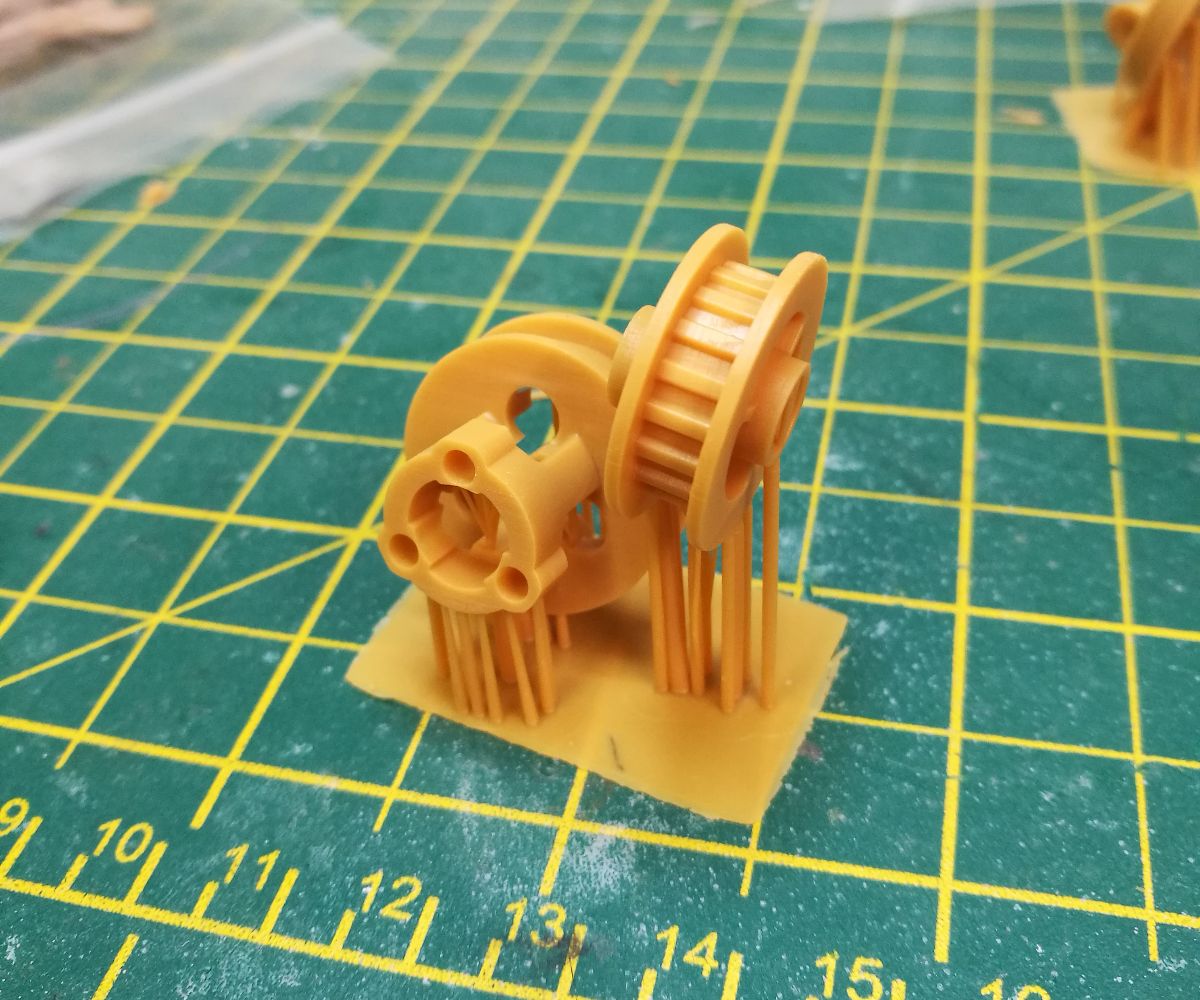 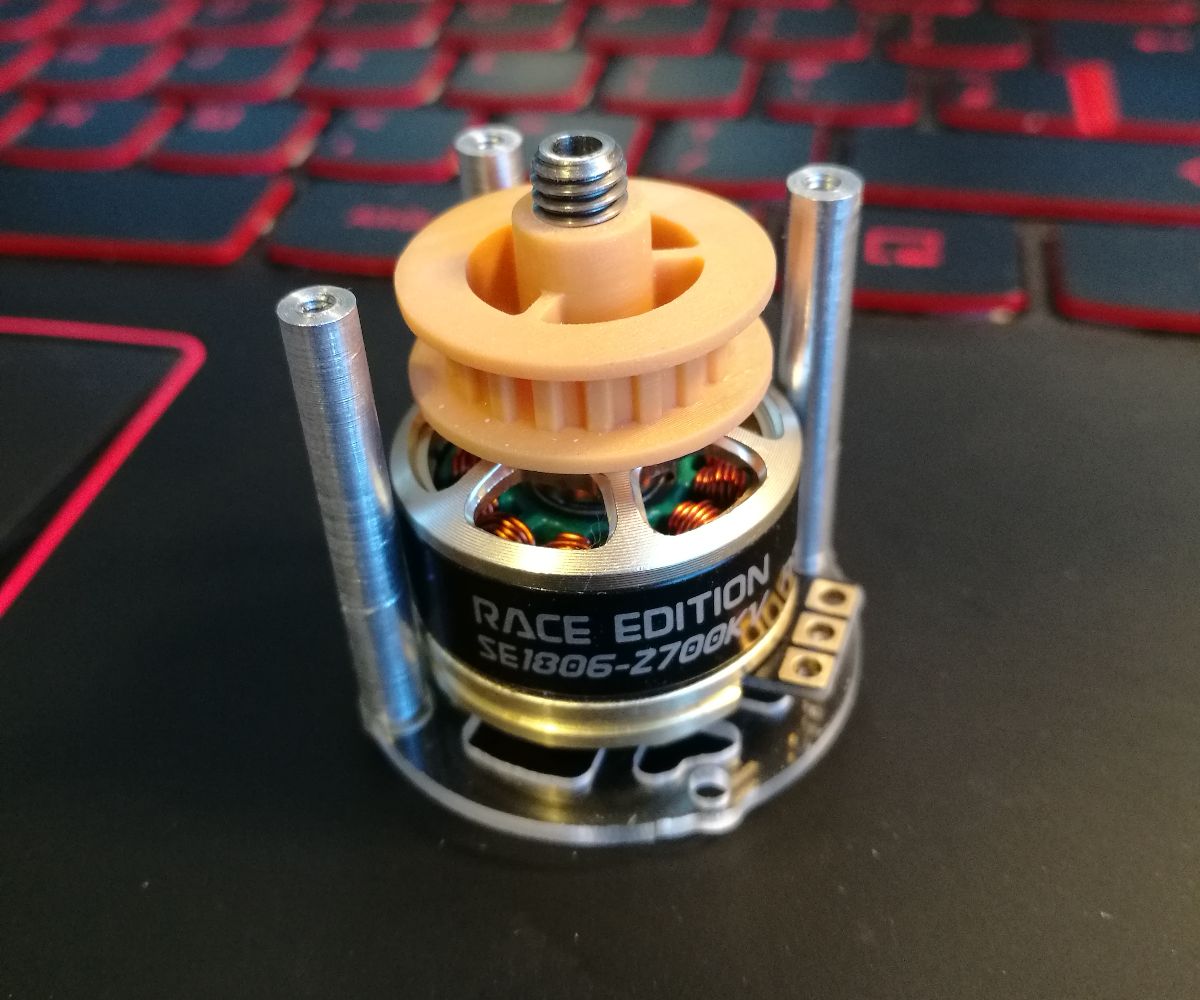 Thread tapping Polycarbonate. Turns out "bottoming" taps in m3 are still not quite to the damn bottom! Good job i overdrilled these holes 1mm in advance. 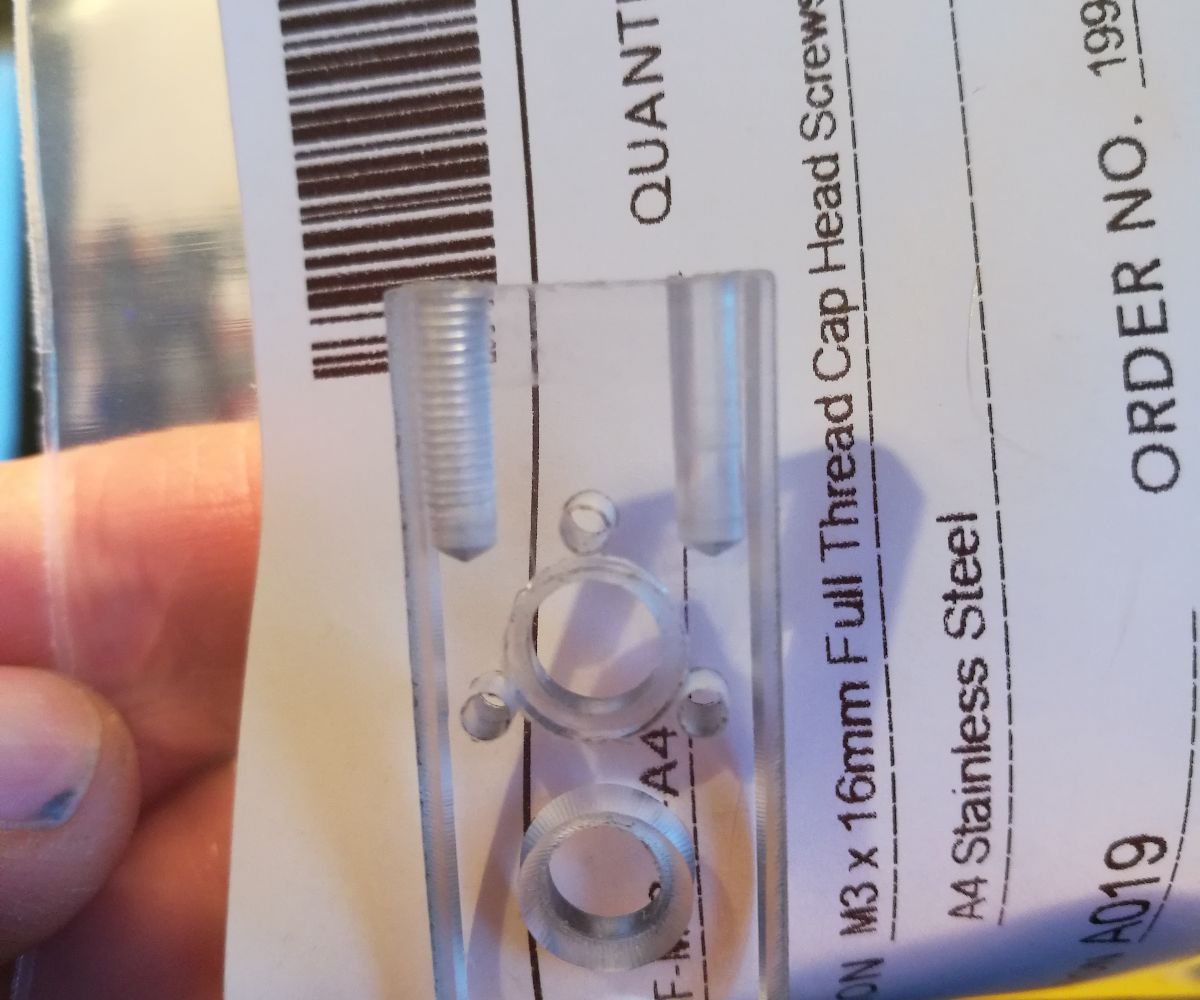 And the counterweight fits nice and snug 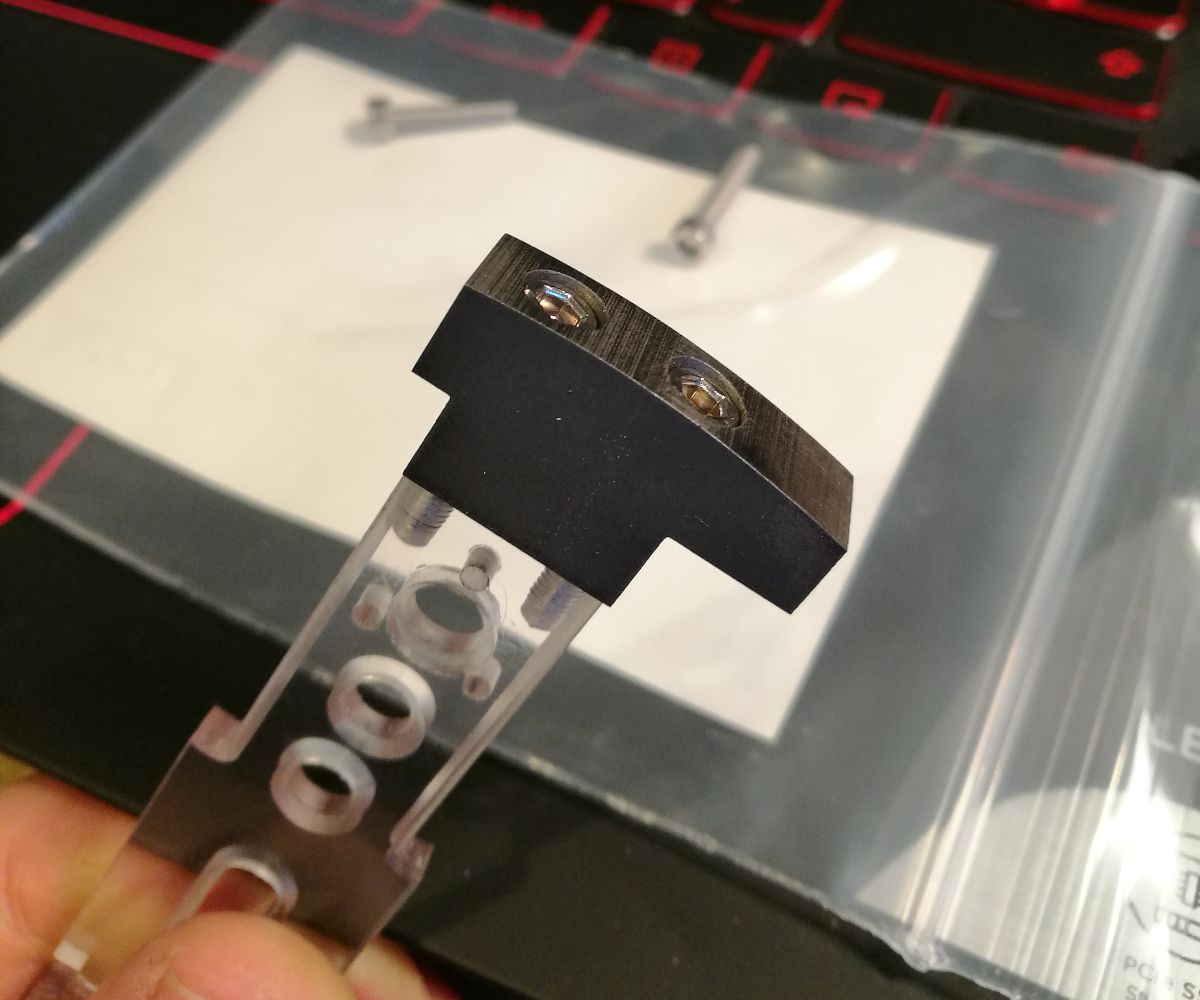 Weapon bar done, aside from tweaking the balance by milling a slot at the end gradually, threading the cam screws and popping in the bearings 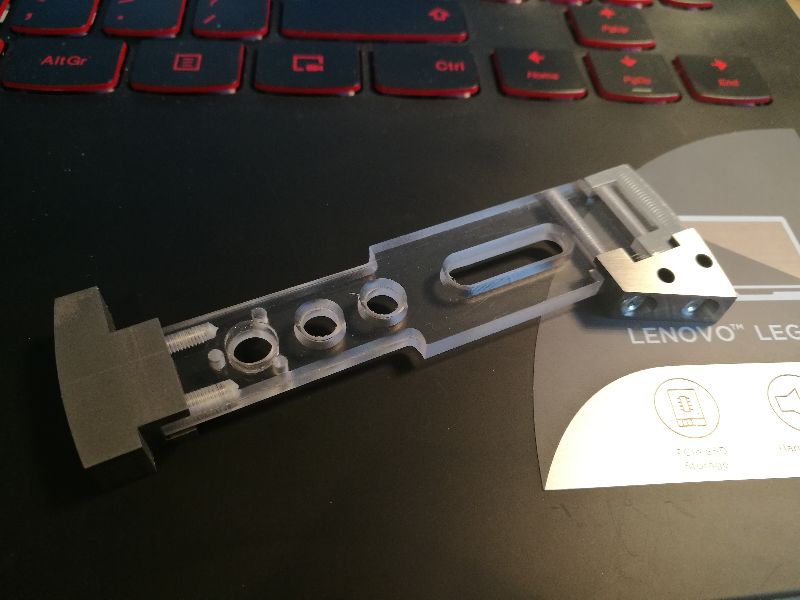 Used IG for video upload in the end

Funnily enough, the two projects I'm working on at the moment - a drum spinner and a disk spinner - also use polycarbonate for the body of the weapon. Though lacking the means to provide them with any fancy dentition, I opted for some off-the-(Chinese)-shelf titanium M4 socket cap head screws for the teeth. Initial experiment using a 5mm thick 80mm Lexan disk with two M3 HT Steel cap-head screws got messy; when I impact tested it, with the disk running at 17k rpm, both heads sheared off instantly (hence the upgrade to M4 Ti and 6mm thick disk). However, the disk and the threaded holes were completely unharmed. My hope (and I suspect Eddie's too) is that polycarbonate will absorb the impacts (self generated or from another spinner) and retain its original shape rather better than aluminium. If I'm wrong... then I might not be bringing any spinners to AWS58

Ahh yea i figured polycarb is the most impact resistant thing around so it wont bend or warp after taking a hit.
If it can take a bullet, i hope it can take a spinner impact xD (this video escalates quickly lol)
https://youtu.be/Hsls5ZPCUnE

on my bar, the ones in the bottom tooth and point of impact are only aluminium. Although im not too worried about them as the tooth snugly locks into the polycarb and the screws just locate it and are not in the orientation to shear.
But now im worried about the top counterweight xD. They are a4 steel. Spinning much slower speed than the tip. And they are on the opposite end of the bar to any impacts.. but I think I will do a little prayer to the machine gods anyway when i spin it up!