The reversible wedge mini bot with the offset wheels is the coolest thing I've seen all week. Adorable!
My robots:

I didn't see the thread popup in my unread until dereks reply. I agree, that is one awesome little minibot!
Nuts And Bots - For all your components and ready built antweights!

Been fairly busy as well as an almost total rebuild of the drum spinner I have four new bots as yet untried in combat. 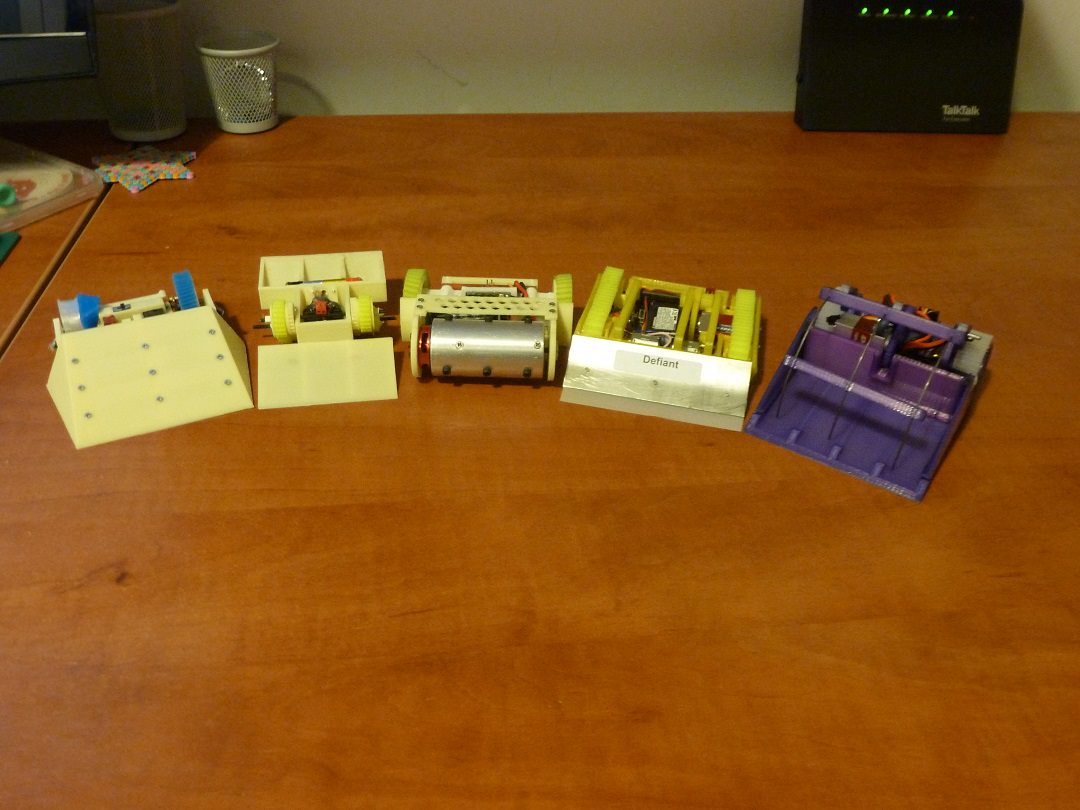 Some of you may remember a while back I said I was writing a book about building robots well I finally got it finished and it is now available on Amazon as an e-book called Small Combat Robots priced £9.99. It is really aimed more at those fairly new to the hobby but hopefully others might find it useful.
All the robot examples shown in it are ones I have scratch built over the years because I had the information, pictures, and drawings readily to hand.
https://www.amazon.co.uk/s/ref=nb_sb_no ... bat+robots
Top

ooh - You've got yourself a deal, young Mr Waller.

I am looking at giving the arena a bit of an overhaul as it is beginning to look a little worn.
I have got replacement polycarb for the 200 mm high wall that surrounds the arena and protects the cover plus some for the small walls on two of the pits.
I will probably also have to finally replace the arena floor as it is more filler than hardboard these days and do a little strengthening in the pits.
I think we need to introduce a rule against operating spinners once in the pit.
Top

I have replaced the polycarb wall that surrounds the arena plus the two polycarb low walls that are across two of the pits.
I have introduced some polycarb angle into the pits and glued some more support wood under the pits to further strengthen them.
B&Q don't do 8 x 4 sheets of hardboard so I have had to use 5 mm ply for the arena surface it looks better and you can use both sides but it is a lot more expensive. For some reason it looks almost varnished in the photo which was caused by the flash but it is just plain wood at the moment. 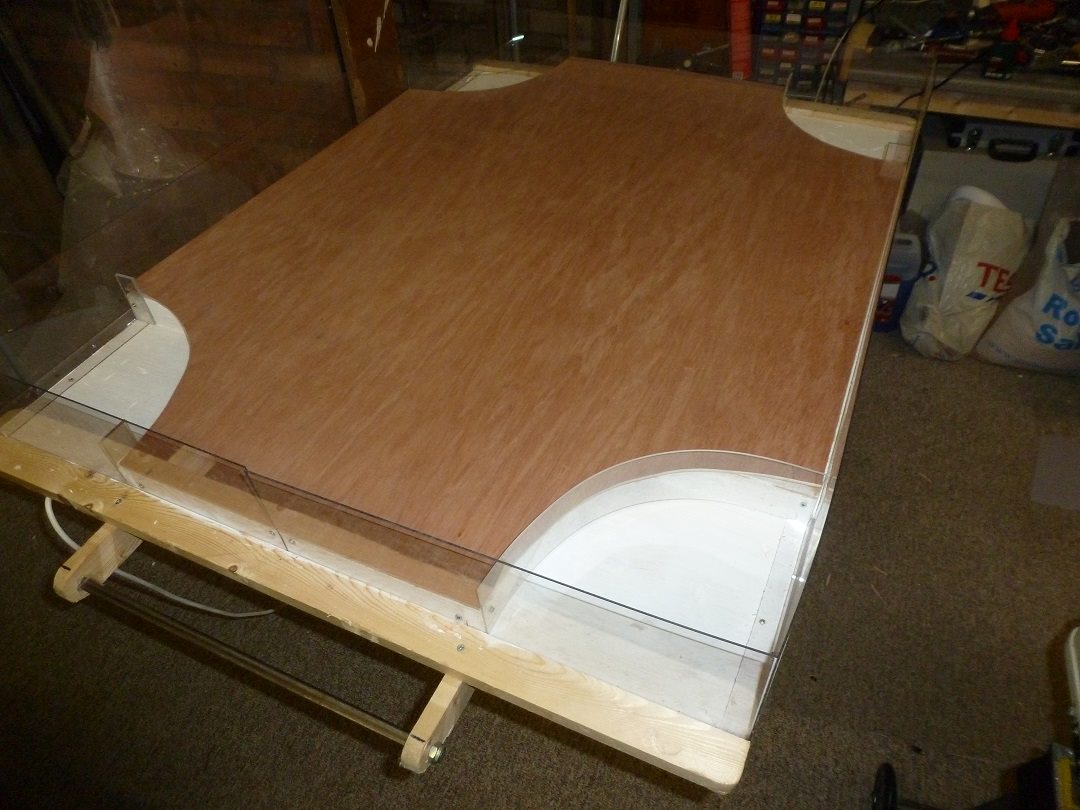 The arena looks great. Its definitely appreciated, the effort and expense you go to to maintain it.
Daniel Jackson.

have you considered some kind of netting in the pit floors to snag spinners and prevent more damage?

you would possibly need to have them loose with a few replacements to give spinners a chance to untangle after fights without delaying the next fight...

or maybe build polycarb pockets for inside each pit instead... or hdpe... you can probably pick up a few chopping boards cheap enough to line the inside of the pits with...

at the last aws, i saw one spinner chew up the edge of the pit on its way in... maybe something to strengthen the edge mounted on the underside...

I have done some strengthening in the pits but I need to be able to lift the arena in and out of the car on my own so weight is a factor. There is always going to be some damage to the arena with spinners but some times particularly with the big free for all at the end people, and this has included me in the past, tend to go on fighting in the pit which can be a problem.
Top
Post Reply
756 posts