Signed it up now.

Though Wedge Wedge Wedge won't be fighting, both the other 2 main drivers (Rory and Sam) aren't attending and I haven't had time to rebuild it into the version I am aiming for.

The team is now ready for tomorrows AWS!

Featuring: Test Robot Please Ignore, I Can't Believe It's Not Stanley, Don't Hug Me I'm Scared, Wedge Wedge Wedge and I'll Clock U In The Jabber!
Nuts And Bots - For all your components and ready built antweights!

I had to shave about 18 grams off of error.exe 2 because I didn't calculate the spinner weight right and didn't have a set of scales to weigh it til last week XD can't wait to see ur bots tear up the competition like last time tho ^-^hope I don't face u in the first round XD
Top

I'm still not entirely sure where the weight in the Wedges came from but they're now on properly mounted 1.5mm polycarb armour versus the dodgy 1mm last time. They're about 48.5g each in the end. 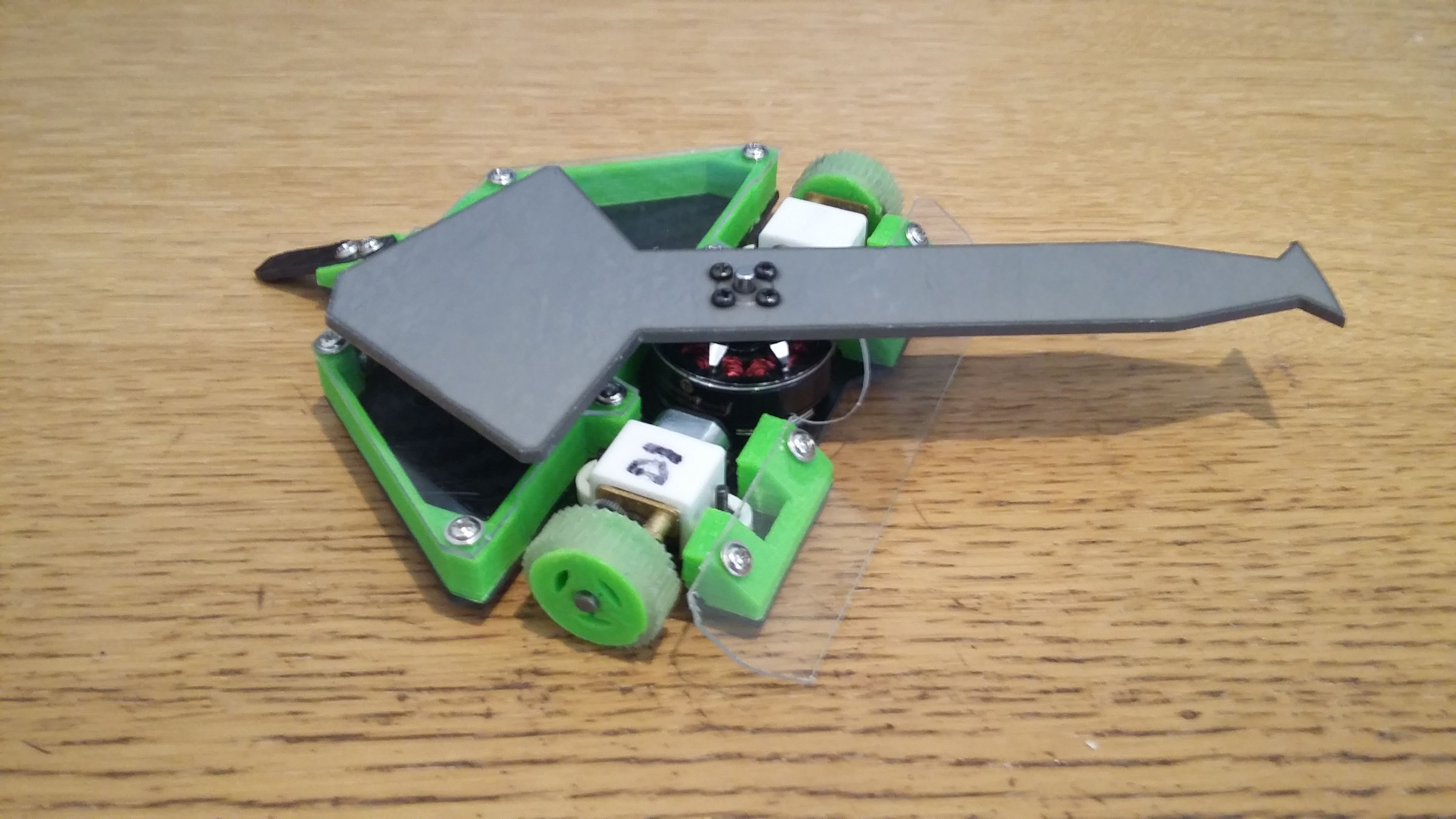 I followed your suggestion George and used a carbon fibre base for Don't Hug Me, that along with making the body thinner and shorter makes it far far harder for the bar to flex into the chassis (haven't managed it yet). New batteries and a quick tweak of the ESC program make it have a pretty decent spinup and the other plus is with the CF base it no longer resonates at above half speed. So I can full throttle and it is perfectly stable.

Thanks Kaazmin!
Nuts And Bots - For all your components and ready built antweights!

Hello all, been a little while!

Well I can safely say I am pretty happy with DHMIS, it suffered one motor failure but considering what it did to the other robot I'll allow it. It's been a bit of a terror dealing a good amount of damage, bouncing around a lot and the occasional detonating of other robots. Precisely what it is for! To be honest it is doing better in competitions than I thought, though does prefer Petes arena. 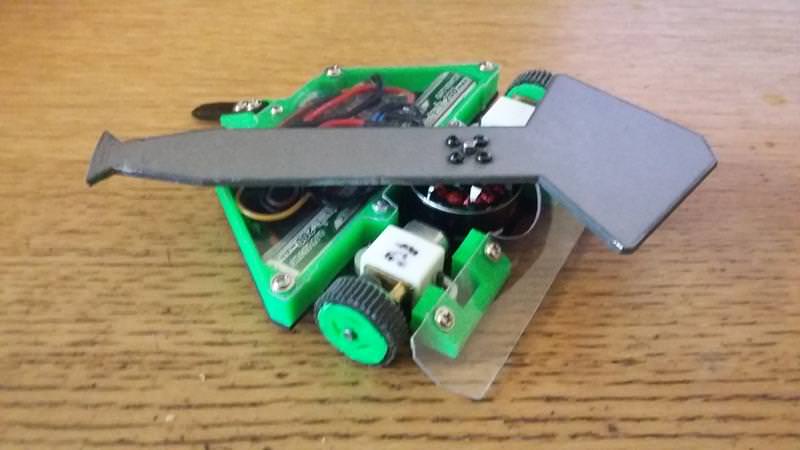 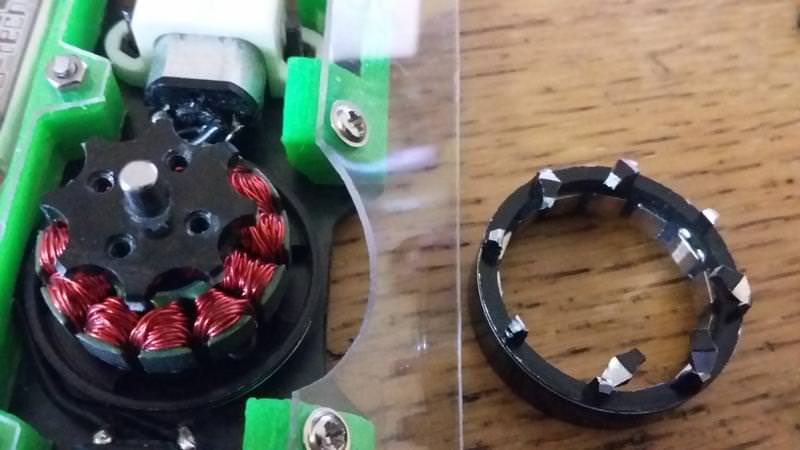 The motor was fixed by simply dropping a spare in but I intend on doing a custom can for it at some point. And (Sorry Dave) one of the unfortunate opponents sporting a through and through from a full throttled bar: 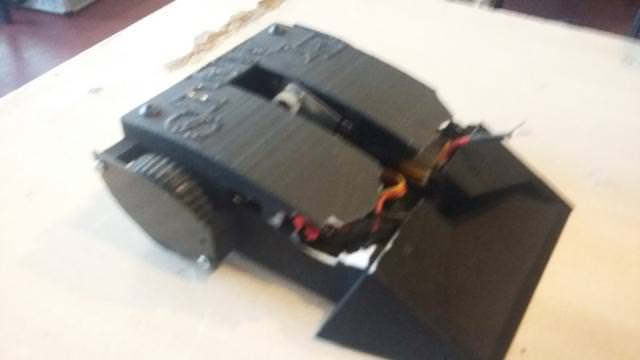 Test Robot Please Ignore hasn't been doing as well as I normally hope, one event lead it to a cracked chassis showing the need for making that more robust. Overall it has been too bouncy in the arena due to the chassis flex allowing the disc to contact the floor on big hits, not a difficult fix but one I haven't had much time for, once I get it sorted though it should be back to staying put on hits and not dealing with a dodgy self right (something I am also thinking of a fix for). 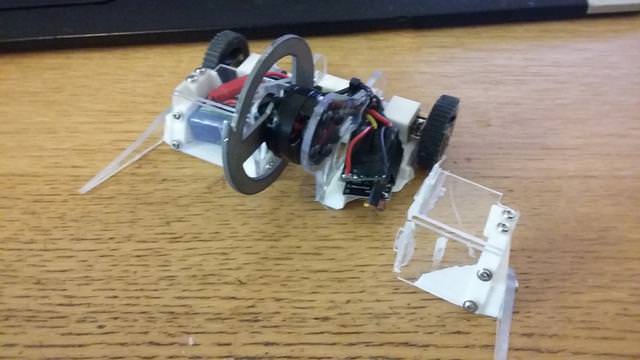 It does however still break robots pretty well! 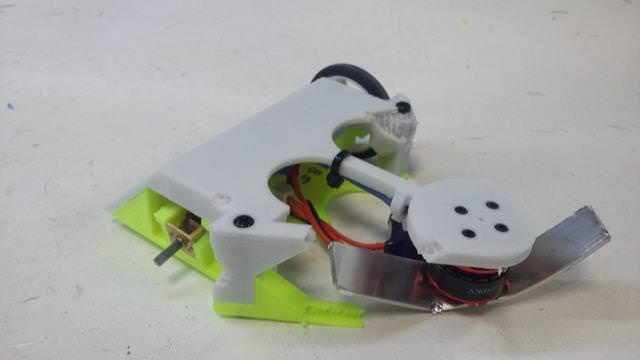 Drunk roboting one night with Rory and THE Tom Brewster lead to these three lovable bots (and maybe a few hangovers): 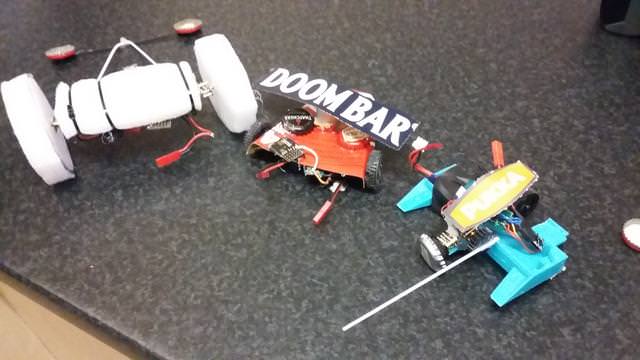 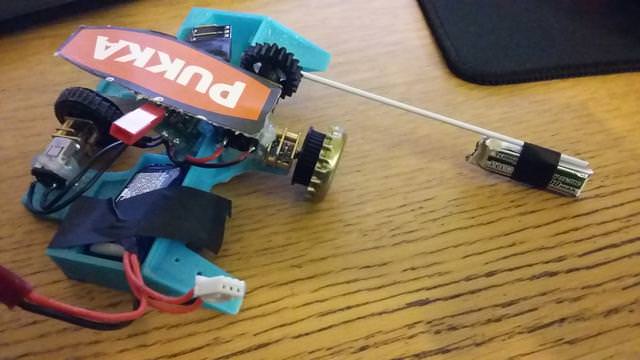 Pukka sports a jousting arm with LiPo hitting edge for added excitement. Doom bar with its bar of Doom (And falling off). And Toms ant... which does something.

I also got 3 (Keeping a fourth for another roboteer) odd amphibious 6wd robot things that once lived their lives as a kind of pay to drive attraction. We took one for a little walk around the town after the aforementioned drunk roboteers got snowed in. Here's one of them wanting to stop at the park while on the return leg of a ~1.5km round trip to the shop. 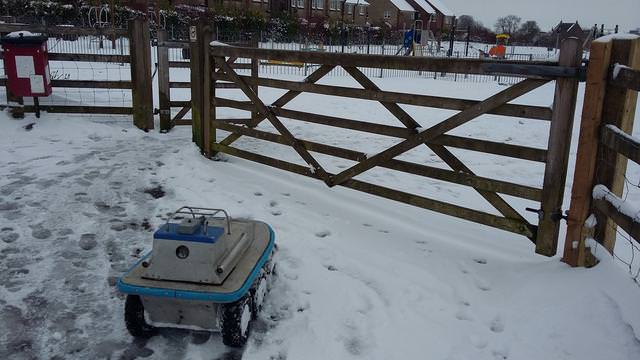 The 3d printing setup has taken a step up with the addition of a very lovely wanhao duplicator i3 v2.1, and an ikea desk (Big up the Micke range). 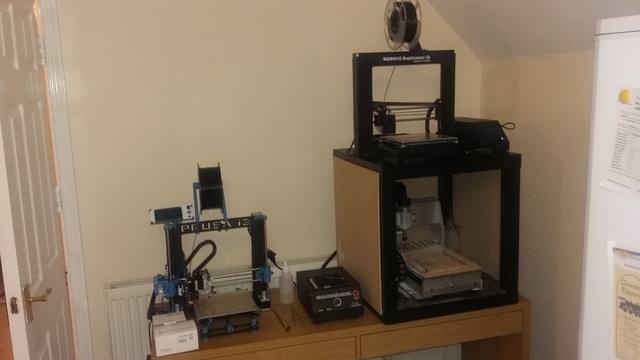 A bondtech extruder that allows twice as much torque before jamming as a regular extruder awaits my older prusa to help bring it back to being a solid printer. 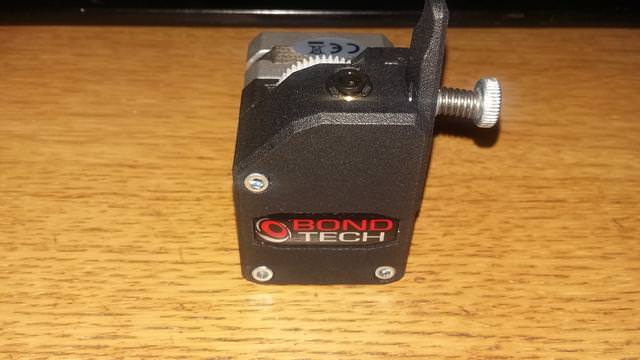 A space navigator has now joined my CAD efforts as it enables me to work faster, and I use them at work and would perpetually go to reach for one that wasn't there while I am at home! If you're serious about CAD I thoroughly recommend one, for one thing it's been saving my scrolling finger from a lot of pain. 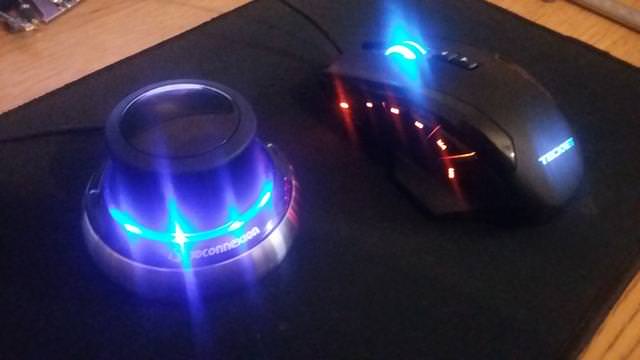 And finally a sneak peak at some tests I've been working on, an ant axe with some serious power, the entire mechanism weighs ~40g and in these tests you can see the very spindly axe arm used to allow flex to dampen shock (and therefore the impact force) just while I work it out. With a solid arm and a couple of things ironed out that are seriously hampering the mechanism performance (but stemming from the fact it's a test rig) and this could actually be potent. 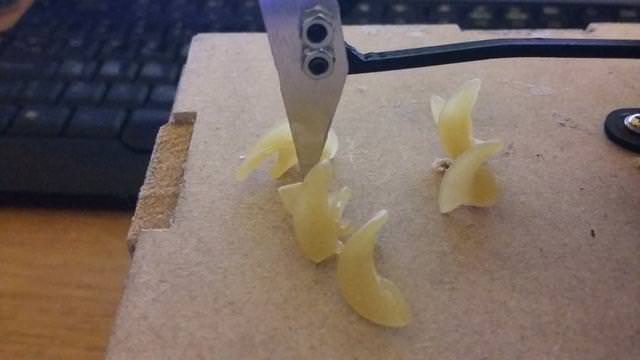 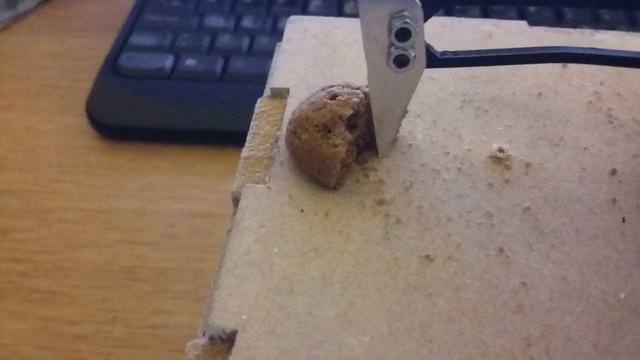 So the drunk build bots are your team for the next event right?

Still not quite sure how I became associated with Rory and Alex seen as they only do fun and I only do fun-dampening...I guess everyone needs a come down.

Dammit, there goes my plan to use biscuits as armour.

But seriously, good luck in making an axe that does any damage. Axiom's mechanism can put holes in cans and bottle caps if I bolt it down, but when it's on the bot it just jumps all over the place.
Team Zero - AWS 58 Champion!
Zero - rambot - - Axiom - axebot - - Valkyrie - drum spinner
Blueprint - rambot - - Vampire - horizontal spinner - - Particle - ???
RBMK - quad spinner gyro walker - - Duality - dual spinner gyro walker
Top

What happened to I Can't Believe It's Not Stanley at the last event Alex? Was surprised not to see it in the competition.
Top
Post Reply
358 posts